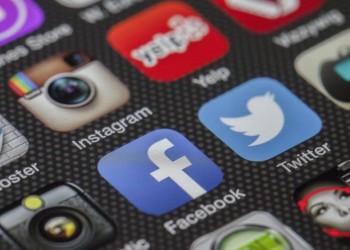 As we explain in Parenting High-Tech Kids: The Ultimate Internet, Web, and Online Safety Guide, whether discussing Facebook, Twitter, Instagram, Google+ or other services, the key element that defines a social network is the fact that personalized content is being created and shared between real-world users in an online space – and one specifically dedicated to facilitating these interactions.

Although the infrastructure is provided by the service (and constantly changed and updated), content contained within each network – e.g. status updates, tweets, photos, videos and article links – is primarily provided by people you have somehow chosen to be connected to, and you likewise can provide similar material to others, whether publicly or via private channels. Here’s why this is important to note: Social networks need ample supporting participants, and a constant stream of contributions from active users, in order to function and thrive. This simple fact that kids are registered members of social networks isn’t necessarily anything to be concerned with, however, unless they’ve proven to be untrustworthy when it comes to setting personal or private boundaries in the past. More important to consider are the actions that they’re performing on these networks, what types of information that they’re sharing and how, and to whom this data is visible.

The way kids can connect differs by social network: Some require actions (i.e. approvals) from both parties to be connected, which is one reason why many parents seem to trust Facebook – both individuals must agree to be connected in order to see each others’ updates (unless privacy settings aren’t correctly configured…a point we’ll touch on shortly). But others like Twitter or Google+ merely require that people opt to “follow” others to gain consistent access to all the information that said party is sharing, without requiring approvals or reciprocal actions. That’s why Twitter can be a useful way to keep tabs on your favorite celebrities, sports stars or other well-known individuals, but isn’t necessarily the first port of all for those looking for deep, private exchanges. All material shown on the network is visible, and moves at the speed of light, making it great for exchanging information. (Not to mention parents hoping to quickly check and see who their kids are keeping tabs on: It’s nice to see that your children follow Barack Obama, although less gratifying to discover that they also follow the Kardashians.) However, if helping your child keep a low profile, or preventing strangers from observing their updates is of primary concern, you might consider other solutions.

That said, once they’ve connected to and begun actively using social networks, these platforms can introduce your children to people from all places, walks of life and different backgrounds. But for better or worse, social networks can also serve as an amplifier for the information that kids decide to share or consume, potentially putting this data in front of millions. Facebook spokesperson Marian Heath says that she hears from parents all the time that Facebook is a place where there kids can get in trouble. But she urges parents and teens to consider such concerns from a different angle, because such interactions needn’t be negative – it’s all about what you choose to share with and project to the world.

“You can build your own image,” Heath explains. “Post the good things you’re doing and share your interests. Have conversations online so folks can find out what’s interesting to you. Ask friends about books you’re reading, plays you’re interested in.” In other words, rather than gossip or make jokes at others’ expense, post inappropriate or unflattering comments, share embarrassing images, or portray themselves in an unwelcome light, it pays for kids to instead set a positive example and use the service as it was intended. Noticeably, a clinical report from the American Academy of Pediatrics entitled “The Impact of Social Media on Children, Adolescents and Families” found that a large part of Generation Tech’s social and emotional development is occurring while using social networks. The report lists a number of benefits that kids enjoy from being connected, such as better engagement with friends, family and community; enhanced learning opportunities via collaboration; connections with like-minded teens; and enhancement of creativity. As a point of note, the study further found that 22 percent of teenagers log onto their favorite social media sites more than 10 times a day.

But many parents may not realize that Facebook’s terms of service actually require users to be at least 13 before registering for an account. The chief reason for this is because of the laws in place that restrict marketing to and collecting data on kids under the age of 13, found within the Children’s Online Privacy Protection Act (COPPA).  But still, recent estimates place the total number of children below this age already on the service at upwards of 7.5 million kids, and studies show that in some cases, parents are actively helping children lie in order to register. That’s especially troubling as the vast majority of teens polled say that they’ve actively witnessed acts of meanness and cruelty firsthand on these services.

As with many things in life, though, some experts see room for personal judgment to play a role when making the call as to when to let your child register for Facebook or other social networks. “Thirteen can be an arbitrary number,” says Symantec’s Marian Merritt. “[Children mature and develop at different paces.] It may make sense that a 12 year-old youngest child might just want to get online to see the pictures that everyone else in the family is posting and talking about.”

One your child is over 13, though, Merritt points out that they have a right to be on social networks. “However, you as a parent have a right to control their activity,” she says. Interestingly, parents may also be surprised to learn that they don’t have the power to take children’s accounts away. Merritt says that although users can take down their own accounts, parents don’t have the authority to delete kids’ accounts without their teens’ permission. What parents can do though, she urges, is take responsibility to educate themselves about online dangers and best practices as relate to social networks, and teach their family through active discussion and research, and leading by example.

An overwhelming number of parents claim to be very concerned about what their children are exposed to online, yet only 30% actively report visiting their child’s social media profiles. Connecting and keeping tabs on what kids are up to on Facebook, Google+, Twitter, Pinterest, Instagram and other services is a great start. It’s also important to note that adults and kids use Facebook very differently. While adults are very tuned into accepting friend requests from only those they know in real-life, kids are far more likely to use the service to connect with strangers. Although for many parents and adults the appeal to a service like Facebook is the sheer number of connections they have, for kids, having too many friends (in the online sense of the word) is sometimes a big turn off. We’ve talked to a few tweens and teens who are on Facebook because all their friends are, but that also tell us that they don’t like to update their profiles often for the exact same reason – because all their friends are on it. So they’re constantly searching for other services, which allow them to connect to the friends they want to in newer, fresher and more original ways.

A ways back, TRUSTe announced the results of a nationwide survey of both parents and their teens investigating their privacy habits and preferences on social networks. What the study found was that, for the most part, “the kids are alright,” noting that a majority of teens use privacy controls on social networks and that most parents actively monitor their teen’s privacy. But there’s still room for improvement, with more than two-thirds of teens admitting that they’d accepted a Facebook friend request from someone they didn’t know, and nearly one in 10 teens admitting to accepting all friend requests that they receive.

Monitoring your teens’ Facebook accounts is only part of the commitment you’ll want to make to parenting on social networks, however – you’ll also want to figure out how often you’ll be checking in. In the TRUSTe survey, 72% of parents surveyed said that they monitor their teens’ accounts, with half of these parents monitoring on a weekly basis, while 35% percent checked in daily and 10% monthly.

Not all kids are receptive to this process, however – many times, children’s unspoken rules of behavior on social networks will involve how to use these sites in the manner that they choose despite the fact that they’re connected to you. There are detailed instructions easily accessible via a Google search that offer kids tips on “how to friend your parents without sacrificing your privacy,” which essentially provide a step-by-step guide for kids on how to setup privacy controls before accepting your friend request so that they can continue to post information without you seeing it, even if you’re connected via the service. In fact, according to the same TRUSTe survey, 80% of teens have admitted to posting content to Facebook that they’ve hidden from certain friends and/or parents by using privacy settings. Don’t be fooled: While it’s important to trust your little angel, it’s also crucial to do your detective work.

Despite the fact that we as parents may only be welcomed as connections to our kids on social networks as a mere courtesy, our job remains to help them manage their online identities wisely, try and help them avoid mistakes and, hopefully, take advantage of the wonderful opportunities that social networks provide. Unfortunately, examples of what NOT to do on social networks seem all too common. Whether it’s posting inappropriate videos, sharing pictures with alcohol prominently involved, or generally making distasteful updates, both schools and employers are keeping an eye on what students and employees are doing, and disciplining those who act inappropriately.

There are also some potentially grave and dangerous consequences to misuse and abuse of social networks. Consider the case of Tyler Clementi, a homosexual teen who committed suicide after his roommate posted videos of his sexual encounters on Twitter. Not only do we take a closer look into growing concerns like Cyberbullying and Identity Theft in following articles, but we’ll also dig much deeper into the positive and negative aspects of social networks. Happily, as many level-headed social network users know, like any form of technology, social networks can be a perfectly safe and fun way to share ideas and form healthy relationships with others online – many of whom we’d never have otherwise had the privilege to encounter. Ultimately, triumph or failure lies entirely in how you choose to use these tools, and how skillfully and dutifully you guide your kids to make positive choices when employing them as well.

Here’s a quick look at the most popular social networks:

For more information on how to make social networks safe for kids, don’t forget to check out Parenting High-Tech Kids: The Ultimate Internet, Web, and Online Safety Guide as well.