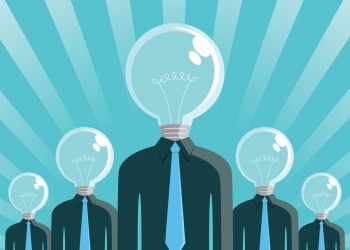 Today we ask a Generation X (Gen X) expert to take a closer look at a huge opportunity: A multi-generational workplace within which to conduct our careers. The needs of each generation differ greatly from one another in how they learn, how they consume, and how they interact. But they all share many of the same desires and hopes, and now, more than ever before, it’s important to communicate with one another and work with each other in more positive and productive ways. We sat down with Damon Brown, entrepreneur and TED speaker, to hear more about legendary Generation X.

S: As a Gen X expert, how would you describe Generation X in your own words?

B: A Gen Xer is definitely interested in creating new paths. I don’t think it is a coincidence that Gen X brought us Bill Gates, Steve Jobs and other technological visionaries. There is a strong element of risk taking: While the previous generation, the Baby Boomers, were interested in establishing financial and familial security, Generation X recognized the considerable personal sacrifices their parents made to feel more secure and decided to prioritize entrepreneurship and individualism instead.

S: What are a few unexpected things people would never guess about members of Generation X?

B: There is an underlying need for human connection shared with the Baby Boomers and not conveyed as strongly with younger generations. They love technology and progress, but they appreciate classic connections.

S: How does this generation fundamentally differ from those which came before?

B: Generation X was perhaps the first generation not to prioritize Keeping Up with the Joneses. There is a strong amount of pride, but it lies in trailblazing new ideas and thoughts – not in driving a better car or having a bigger house. Materialism is less a driving force, something that is echoed even further in younger generations.

S: How might Gen Xers be unexpectedly similar to other generations in ways casual observers might not expect?

B: The step away from materialism mentioned before, as well as the compassion to make the world a better place. Younger generations are arguably prioritizing innovation over social good, especially as technological advances lessen the need for human connection or for equal treatment. Gen X isn’t the poster child for equality – the Wall Street “Greed Is Good” mantra happened under its watch! – but there is a certain intimacy, if perhaps a patronizing one, that this generation has with those of different social strata.

S: How are Gen Xers changing the way we communicate and interact?

B: If you are using Windows, calling on Skype, or reading this on a Kindle, you already know how this generation changed how we communicate and interact. In short, the foundation of which we live today, particularly in regards to tech, is the direct result of Gen X’s achievements. Gen Y and Millennials have done phenomenal work, but their work wouldn’t be possible with things like, say, the Internet or the modern smartphone. Those achievements hail back to older generations.

S: How are Gen Xers and Millennials similar? Or are they different in fundamental ways?

B: They share a need to be recognized for brilliance – not wisdom per se, but in originality of thought. From the independent streak to the need for a higher calling, Gen Xers would have been just like Millennials if the Internet age happened two decades earlier.

S: How are Gen Xers changing the way we do business from a Generation X expert’s standpoint?

B: Gen Xers want to stand out. The ways businesses reward their employees have changed: Instead of throwing money at people, they are now creating innovative ways to incentivize them to perform. Perhaps their achievements will be publicly highlighted or a special gift will be given with their particular likes in mind. Recognition and respect now have equal footing to money itself.

B: The idea that money isn’t the end goal and, ironically, that pursuing your passions can lead to a remarkable amount of wealth and power. Again, the tech industry is the best example of this paradigm shift. The philosophy is almost considered the norm now – make a passionate startup, starve for a while, then make a living – but it is a radical notion prompted by Gen X’s successes.

S: How do Gen Xers daily, social and professional habits differ from other generations – and what would those hoping to communicate with them do well to know about these shifts?

B: Generation Xers are really a between generation: Baby Boomers were raised in the analog age of vinyl records and basic television, while Gen Yers grew up in the Internet age filled with mobile phones and custom content. Gen Xers respect the communication power of social media and smartphones, but also appreciate and need the intimacy offered with old-fashioned connecting.

For instance, the average Gen Xer wouldn’t appreciate a commercial website that has only an email or, worse, a fill-out form. The ability to actually call another human is valued.

S: More and more Gen Xers are moving online for their news, information, shopping, and more. What’s the best way to capture their attention and interact with them these days?

B: Format the message as much as possible to the individual person or group. Blanket advertising or promotion was the standard for years, but now, in the post-TiVo age of customizable radio stations, time-tailored apps and individualized shopping suggestions, we all expect producers to tailor their conversation precisely to our interests.

It’s a thin line, as randomly using colloquialisms and slang usually creates a backlash against a company. Instead, be clear about how your product or service will make their lives better. The soft sell is the best approach to take.

S: What does success look like for today’s Gen Xer in your opinion as a Generation X expert, and what’s driving them as they go about making decisions in business and life?

B: I think it is a balance between freedom (the priority of Gen Y) and security (the priority of Baby Boomers). It is having enough money not to worry about it, but not having money be the primary focus of one’s career. Finally, it is being known for doing something differently. Like other post-Baby Boomer generations, there is a need to feel like an individual outside of the pack and to be recognized for it.

S: Anything we haven’t discussed that you’d like to add with regard to Gen Xers that individuals or organizations should be aware of?

B: I’d say just make sure that your message to them feels as tailored as possible. A generic, blanket call to action doesn’t work anymore, particularly for this generation!