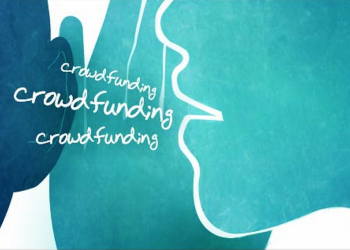 Like you’ve frequently heard from inspirational speakers and motivational keynote presenters worldwide: There’s a hot new way to raise funds for new projects and services: it’s called crowdfunding, and it’s the wave of the future. Many of today’s top entrepreneurs have turned to crowdfunding, a.k.a. the process of raising funds online, to launch their latest products. But while the medium can be wildly successful, there are also many potential pitfalls that can destroy a business before it starts. Here to shed light on the process is serial Kickstarter and author of A Crowdfunder’s Strategy Guide: How I Kickstarted My Dream Company, Jamey Stegmaier.

SS: People often hear it from inspirational speakers, but we wanted to get your take: What is the appeal of crowdfunding to everyday users?

AS: The appeal of crowdfunding to everyday users is that it gives people a chance to support a person or company and get something awesome in return—usually something limited or special, whether it’s a product or an experience.

SS: What does it allow them to do (participate in the birth of new projects, make a personal stamp on something new and creative, etc.) that they never could before?

AS: Crowdfunding democratizes creativity. It puts the power of creation in the hands of the people, as they get to “vote” with their money as to whether or not something will exist.

SS: Why has crowdfunding struck such a successful chord with backers – what is it that makes the concept so compelling?

SS: Looking at things from a different angle than that of inspirational speakers, what’s so appealing about crowdfunding from the perspective of a project creator?

AS: The “crowd” part of “crowdfunding” excites me much more than the funding—and it’s not just a nameless, faceless crowd. I love that I can interact with individuals who share my passion and want to create something new together with me. Crowdfunding allows me to connect with those people.

SS: What are some of the upsides and challenges of going through the crowdfunding process?

AS: While it’s exciting to connect with so many people during a crowdfunding campaign, it’s also a lot of input and feedback to manage in a condensed amount of time. You can’t make everyone happy and still maintain your vision—you have to balance the two. In terms of crowdfunding as a source of funding, you don’t give up any equity through crowdfunding.

SS: Who can be successful with crowdfunding? Do you have to be a proven expert, groundbreaking inventor, or someone with a wildly original idea, or can anyone do this?

AS: Crowdfunding isn’t a great place for ideas. Crowdfunding is a great place for polished, tested, execution-ready products and experiences. The people who can be successful with crowdfunding are those who approach crowdfunding as a step near the end of the process for creating something new, rather than at the beginning. Your chances of success increase significantly if you use that time leading up to the campaign to build an audience at the same time that you’re building a product.

SS: What types of concepts and campaigns seem to be best suited to crowdfunding platforms – and why so?

AS: Products do better on crowdfunding than experiences or anything that is location-specific. Anything location-specific (like a person trying to open a restaurant) usually only attracts backers who will be able to benefit from the restaurant and the rewards it offers. A product, however, can be sent anywhere—there is no limit to those who can benefit from its existence.

AS: In its current form, crowdfunding isn’t charity. People don’t donate—they pledge, and they get something in return. Even the Reading Rainbow campaign had rewards. I think that precedent is too ingrained in people’s perception at this point for it to transition into something purely altruistic.

SS: Where would you say the crowdfunding field sits as a whole? Where has it been in past years, and where does it go from here?

AS: It’s tough to say anything about crowdfunding as a whole, as I think it would lead to an overgeneralization. I think I can speak a little to where it is and where it’s headed. We’re going to see more and more content creators (artists, musicians, writers, designers, etc.) with large established audiences turn to crowdfunding as a way to support their livelihood and give their fans a way to give back. These big campaigns (like the hugely successful one for Exploding Kittens) will bring an influx of new backers to crowdfunding websites, and those new backers are going to find other smaller projects to support as well. For those reasons, I don’t see the growth of crowdfunding slowing down—I think we’re going to see a gradual incline.

SS: What should everyone know about crowdfunding, despite what they might see in the headlines?

AS: One, it’s not a way to get rich quick. The funds people pledge go to making something (and often to shipping it). It also takes a huge amount of time to prepare for and execute a successful campaign—you don’t just sit back and watch the money roll in as South Park would have us believe.

Two, crowdfunding scams are far and few between. Some headlines seem to indicate that there are no repercussions for creators who don’t follow through on their promises. That’s not true—people have given them money, and legally they either need to send out the product or return the money.

Three, I occasionally see headlines that talk about campaigns that were too successful—a creator puts something on Kickstarter and isn’t prepared when he or she gets 1,000 backers instead of 100. Those headlines make it seem like the creator is the victim, which isn’t the case at all. It’s just poor planning, like with any startup that grows too quickly.

Four, money pledged to crowdfunding projects isn’t a donation. It’s a pledge—you pay money, and you get something in return.

SS: What advice would you give hopeful crowdfunding project creators?

AS: Three key words: Community, trust, and empathy. Build a community of supporters well before you launch a crowdfunding campaign and continue to engage that community during and after the campaign. Establish trust with backers in every aspect of the project—the project page should demonstrate your competence, professionalism, and preparedness; the updates should show good communication skills and transparency; and the way you talk to people during the campaign (in public or private) should help to anchor that trust. And increase your empathy—that is, put yourself in the shoes of potential backers and backers so you see the project through their eyes.

SS: Is there anything most people don’t know about crowdfunding, but should that even inspirational speakers might not be telling them?

AS: When you create a crowdfunding campaign, you’re creating a business (even if that’s not your goal). You might think of yourself as an artist, but once you decide to launch a campaign, suddenly you’re also the head of marketing, the chief accountant, the sales director, the customer service provider, the production supervisor, etc. The list goes on. If you can’t fill all of those roles, you might need to forge some partnerships.

SS: What are the possible catches/downsides to crowdfunding?

AS: The downside to crowdfunding is if you haven’t budgeted properly and you don’t have personal funds to fall back on, a successful project could be a huge financial drain.

SS: What would you tell anyone who’s thinking of going the crowdfunding route – basically, what should someone o the street know about this concept?

AS: If you’re thinking about going the crowdfunding route, the number one piece of advice I give to people is to go on at least one crowdfunding site and back 10 projects for $1 (or more). Pay attention to those projects—see what works and what doesn’t work, what excites you and what bores you, which updates make you happy and which ones make you unsubscribe, and how different backers interact in the comments sections. You will learn a wealth of information that you can apply to your future project.

SS: Anything we haven’t discussed that you’d like to add?

AS: There’s so much: …I mean, I have 135 Kickstarter Lessons on my blog that attempt to answer that question! 🙂 I’ll say this—this is a concept I discuss in my crowdfunding book: Despite all the words of caution I’ve mentioned above, I view crowdfunding as a rock concert for entrepreneurs. It’s our chance to have the spotlight on us for a short, intense period of time, and during that time we learn that we’re there to do something awesome for the crowd. We’re there to serve the crowd, not the other way around. When we realize that, truly incredible things can happen. I didn’t understand that the first time I ran a campaign, and I raised $305 (for a $300 goal) from 17 backers. A few years later after I embraced the idea of running a campaign to serve others instead of myself, I raised over $450,000 from 4,333 backers. That simple change in mindset can yield huge results.