At What Age Should Kids Go Online? 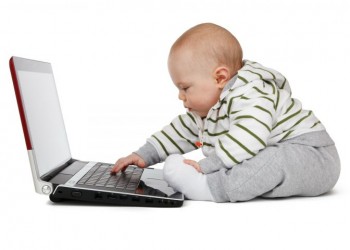 For modern parents, it’s hard to know when kids should go online and at what age they can—and should—start engaging with various forms of technology. Although there are no exact answers, as every family, child, and situation differs, there are some basic guidelines that concerned parents can follow, as we point out in recent bestseller Parenting High-Tech Kids: The Ultimate Internet, Web, and Online Safety Guide.

According to estimates from the U.S. Senate, 35 million U.S. children from kindergarten through grade 12 have Internet access, and 80% are online at least one hour per week. It’s no longer a question of “if” Internet-ready technologies should be introduced into their lives, but rather “when,” with kids growingly being exposed to high-tech solutions at increasingly younger ages.

What’s more, there’s no doubt that ever greater numbers of kids will come to crave access to technology and the Internet. As we’ve seen several times over, the iPad, iPhone and other mobile devices often rank among kids aged 6 to 12’s most-wanted gift items, just narrowly outranking other consumer electronics such as computers and handheld gaming systems. With more tots aged two to five able to play video games or download apps than ride a bike or tie their shoelaces nowadays as well, knowing when to start your kids on different types of technologies and devices is one of the most important questions today’s digital parent must ask.

Although it seems obvious to many parents that different content is appropriate for different ages when they think about the types of movies or music they allow kids to consume, many adults struggle with figuring out when and how to introduce their kids to various online activities and high-tech devices. Not that the answer is obvious – essentially, experts say, kids climb a continuum of media consumption, slowly graduating to different types of devices and content over time.

Such journeys usually start with watching videos or gaming on a smartphone or tablet PC, which graduates to full-fledged computer usage over a period of several years. These activities then give way to enjoying on-demand entertainment, Web browsing and communicating with others, which eventually leads to the introduction of kids receiving their own iPods, cell phones and other mobile devices. Suddenly, the whole world is at kids’ fingertips –including the ability to connect to who and what they want to, whenever they want to.

Worth considering as well: Despite the fact that Facebook’s terms of service require users to be 13 years old to join the service, kids are still gaining access to this and other social networks at earlier ages. Consumer Reports recently estimated that 7.5 million children under 13 utilize Facebook, and that number has surely grown since initially reported. In addition, a report released by Microsoft noted that 7 in 10 parents of underage Facebook users were the ones who helped their kids setup these accounts. This means that parents actively misrepresented their kids’ ages when children registered in order for Facebook to approve the account – a willful breach of protocol.

Such examples simply serve to underscore an issue which parents around the country and the globe are presently struggling with: Knowing when it’s OK to introduce children of varying ages to new technologies and devices. Ask yourself: When do you feel it is appropriate to start your kids on social networks? What about giving them their own cell phones, or allowing them to use computers unsupervised? Similarly, amongst today’s parents, it often seems that smartphone and tablet use is made available to children as early as age one or two. But is this really kosher? The answers aren’t necessarily cut and dried.

There are rough guidelines regarding the types of technology that are appropriate for consumption by kids at four different developmental stages: Preschool, Early Elementary, Tween and Teen. To learn more about this, we invite you to check out other articles we’ve posted on these topics. Note that all are simply proposed starting points for discussion and debate – only you reserve the right to deserve what’s truly appropriate for your home.

And to learn more about how to keep kids safe online, be sure to check out Parenting High-Tech Kids: The Ultimate Internet, Web, and Online Safety Guide.