How To Communicate With Every Generation at Work 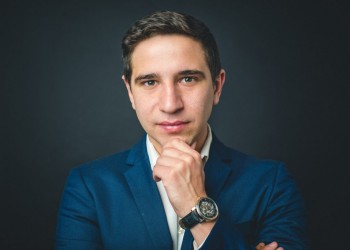 Generation X—also known as Gen X—is the official moniker for the generation that followed Baby Boomers and continues to reshape the world around us as we speak. These working professionals are highly entrepreneurial, highly motivated, and highly determined to create a positive impact in their communities. But what does it take to successfully manage members of this generation, let alone lead or inspire them? As we explain in bestselling book Millennial Marketing: Bridging the Generation Gap, it helps to keep some helpful hints and tips in mind. To find out more, we asked bestselling author and keynote speaker Scott Steinberg, author of Make Change Work for You, to weigh in:

Q: How would you describe Gen X in your own words?

A: It may help to think of things in the following way: Generation X is often just as much defined by its guiding philosophies as actual age range. If you think about it, perhaps a better descriptor for this hugely influential demographic is Generation DIY: It’s among the scrappiest, most self-motivated, and self-disciplined of any generations seen to date in the history of mankind. What you see amongst Gen Xers aren’t just a group of individuals who’ve watched both cultural and technological revolutions come and go, and had to rapidly and profoundly evolve and adapt in turn with these changes. You also see a group of individuals who have watched countless social, political, and business reform movements take root and blossom to an unprecedented degree.

Among Gen X, what you’ll often find are a group of young, highly-dedicated professionals and parents determined to make a lasting imprint on both the business world and society at large. Having watched revolutions such as home computing, mass multimedia (think MTV and the Internet), social networking and more unfold, while also having grown up amidst times of both great bounty and hardship, it’s a generation of bootstrappers, entrepreneurs, and trendsetters determined to change everything as they go – and one that’s increasingly doing so through sheer ingenuity, and sheer force of will.

Q: What are a few unexpected things people would never guess about members of Generation X?

A: Members of Generation X can often serve as a bridge between other generations, because they exhibit characteristics of both their predecessors (i.e. Boomers) and successors (Millennials and Gen Zers) alike, combining traditional work ethics and values with an unbridled passion for change and innovation (and insatiable appetite for all things new) that in many ways is unmatched. Members of Gen X have also been raised to challenge the status quo (like forebears), are highly adaptable to new tools and trends (like following generations), but – in their own unique way, are hugely practical, optimistic and resilient. Most fully expect to encounter and push through obstacles – and have cultivated the high degree of ingenuity and grit needed to do so.

The moniker of the “slacker” is often a gross misrepresentation: More often, what you may see among Gen Xers is a general dissatisfaction with systems or cultural institutions which they perceive to be broken – and more and more, a desire to push through these barriers or circumvent existing conventions to effect positive change and transform the world around them.

Q: How does this generation fundamentally differ from those which came before?

A: Generation X doesn’t expect career security. It doesn’t expect to rely on tried and true institutions. It frequently has a marked distrust of the so-called “status quo” and authority figures. And it isn’t afraid to ask hard questions. Gen X doesn’t expect to be handed anything – it expects to go out and earn it. And it knows the traditional methods or systems that exist for getting ahead in different areas of life and business may indeed sometimes be broken – and isn’t afraid to do what it takes to fix them.

Q: How might Gen Xers be unexpectedly similar to other generations in ways casual observers might not expect?

A: Like Millennials, Gen Xers are often passionately driven to seek out social causes to which they can make meaningful contributions, and organizations that allow them to make not just more money, but also a positive impact on the world around them. As with Baby Boomers, their definition of success has changed as well – to Gen Xers, it’s certainly important to lead a full, active life and get ahead in their career, but it’s also less about making money and more

about leaving the world a better place. In addition, Gen Xers aren’t just becoming more diverse and open-minded over time – they’re also becoming more pragmatic in many ways, borrowing from hardworking and practical forebears such as Silents. And like Gen Z, they’re also becoming increasingly adaptable and malleable to new technologies and trends, being natural chameleons by trade.

Q: How are Gen Xers changing the way we communicate and interact?

A: I think other experts such as Damon Brown have put it best – under Gen X’s watch, we’ve watched countless new high-tech and innovative ways to connect and communicate develop, especially in terms of Internet, cloud, and technology tools. And also under their watch as parents, we’re watching entirely new generations of kids be raised with technology as an intrinsic part of childhood – changing the way in future generations will interact with other people, and the very world around us.

Gen X was a driving force in the deployment of online and software solutions as a medium for connectivity and communications – and, thankfully, still remains a vital force in bridging the gaps between generations, combining classic interpersonal communications and etiquette skills with the kind of tech-savvy that’s needed to effectively interact in a modern and digital world that’s connected 24/7.

Q: How are Gen Xers and Millennials similar? Or are they different in fundamental ways?

A: Gen Xers and Millennials are more similar than you might think: Each age group wants to make a difference in life, each wants to do social good, and each wants to succeed in life and business – noting that success is no longer simply defined in the size of one’s salary, or house that they inhabit. And both generations have a fiercely independent and entrepreneurial streak running through them.

Each of these generations has had to go through hardships, and each has had to find ways to innovate and consistently reinvent itself in different aspects of life and business. Often, the only differences between these groups are in working approaches, learning methodologies, and the ways they communicate – but, because they have more commonalities than not, these challenges can

frequently be overcome by giving each age group greater exposure to the other, and more chances to work one-on-one together and learn

Q: How are Gen Xers changing the way we do business?

A: Gen Xers are forward-thinkers, innovators, and mavericks – and they don’t just want to be rewarded financially, but often increasingly more so through recognition and chances to actively make a positive impact on the world (or business world around them). If you want to engage and incentivize members of Generation X, give them support, give them recognition, and give them opportunities to excel – as well as give them ways to open doors so that others can follow in the pathways that they’ve pioneered. Celebrate them, recognize their contributions, and most of all give them the ability to translate ideas into action, and you’ll see how quickly their ingenuity and relentless

desire to make the world and marketplace better places for all can prove a hugely rewarding advantage.

Q: How do Gen Xers daily, social and professional habits differ from other generations – and what would those hoping to communicate with them do well to know about these shifts?

A: Members of Generation X frequently exhibit characteristics that combine the best of all age groups – e.g. positive values, forward-thinking insights, dogged work ethics, high levels of communications and people skills, more open-mindedness, and a greater receptiveness to new ideas and solutions. In many ways, they sit at the nexus of a changing generational landscape, and the influences which have impacted this landscape at all ends of the spectrum – Gen Xers are sponges of a sort, able to adopt many of the best traits of both those who’ve come both before and after. They appreciate the best of old and new worlds alike, whether you’re talking about business or cultural trends, and can quite frequently adapt well to changing environments. But if you want to engage them, it’s always best to be straightforward and upfront – as, having lived through times of great benefit and hardship – they’re smarter, savvier, and more well-informed than ever before. And, of course, surprisingly open to change – largely, because they’ve found it forced on them at a faster pace than many generations which have come before or since.

Q: What does success look like for today’s Gen Xer in your opinion, and what’s driving them as they go about making decisions in business and life?

Q: Again, Damon puts it best – it’s increasingly about freedom, both in their lives and careers; the increasing ability to define one’s own path through both the personal and professional worlds; and enjoying the chance to make a lasting imprint on society and the world around them. Achieving financial freedom is just one facet of finding ‘success’ in Gen Xers’ eyes – for many, success is more about being unique, being an individual, having an impact on society, and charting your own course and defining your own milestones in a world that’s becoming increasingly unreliable, unpredictable, and fast-changing. In short, it’s about finding more ways to tell your story – a story that may look radically different than those of prior generations who’ve come before.

Q: Anything we haven’t discussed that you’d like to add with regard to Gen Xers that individuals or organizations should be aware of?

A: When speaking to them: Be genuine. Be empathetic. Be clever. Be witty. Be immediately arresting and attention getting. State your point up-front, and if you have something to say, a point you’re trying to communicate, or a product/service you’re looking to sell, think about what’s in it for them – and get the message across quickly. Gen X is super practical, super strapped for time, and super willing to listen – if they feel you’ve got something timely, relevant, and meaningful to say that puts their needs first. For Gen Xers,

with regards to marketing and communications efforts, it’s all about building positive relationships, and putting others first – as well as showing them how engaging in any given exchange or relationship can help them impact the bottom line from a practical and pragmatic standpoint.

For more on how to effectively manage, lead, and communicate with every generation, be sure to check out Millennial Marketing: Bridging The Generation Gap.