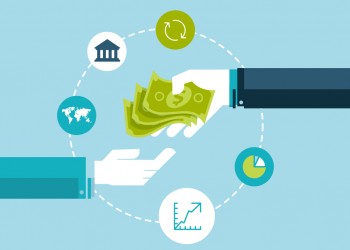 Take it from a crowdfunding expert: Crowd funding – the process of raising funds online for new projects or services – is the next opportunity that entrepreneurs and dreamers have been considering lately. So much so that the amount of projects launched has increased exponentially. What can you do to stand out from the competition and succeed? We sat down with The Kickstarter Handbook author Don Sternberg for insight into navigating this fast-changing and hugely exciting new industry landscape.

S: What is the appeal of the concept to everyday users from a crowdfunding expert’s standpoint?

S: The basic appeal is two words: Free money! At least that’s what it sounds like. Of course, it’s more complicated than that. In a crowdfunding campaign, you are committing a lot of time… specifically, a lot of time spent on the campaign itself and then in creating your product or finishing your project. Often you’re promising to deliver a product or service to backers. So the funding you get isn’t exactly free.

S: What does it allow them to do (participate in the birth of new projects, make a personal stamp on something new and creative, etc.) that they never could before?

S: The idea of crowdfunding is to help bring to life projects and products that might never happen otherwise. You can’t get a small business loan to produce, say, artsy wall clocks that have no numbers on them and take a whole year for the hands to go around. You can’t pre-sell a batch of those clocks to Wal-Mart. But now you can go straight to people who might be interested in funding a project like that.

For many years enterprises have been funded based on their revenue potential. In crowdfunding, that’s not the only important factor.

S: Why has crowdfunding struck such a successful chord with backers – what is it that makes the concept so compelling?

S: Some backers use crowdfunding sites as hipster stores – simply to shop for unique items, whether they’re art objects or tech gadgets. Some like to be part of leading-edge ideas.

S: What are some of the upsides and challenges of going through the crowdfunding process? Why would someone choose it over trying to go the traditional investment or venture capital route?

S: Obviously when you raise money via crowdfunding you are creating neither debt nor equity. You aren’t borrowing money that you have to pay back. You aren’t selling a piece of your venture and its potential profits to anyone.

S: Anyone can do it. You need a worthy project and the willingness to ask people – including strangers, friends and family – for their money! Not everyone is willing to do that – but it’s something most successful entrepreneurs must do.

S: Speaking as a crowdfunding expert, is this the future of philanthropy and investment – why so/not?

S: There are sites like GoFundMe that allow anyone to raise money for a cause. I think these sites add choices for people who want to fund individual causes rather than big established charities, where you don’t always know how the money will be used.

S: It’s still money. It’s still asking people for money. The basic rules haven’t changed. You have to work for it.