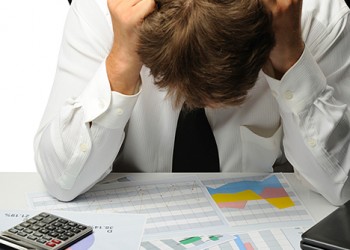 Everybody makes mistakes, even seemingly infallible business behemoths. The problem is, when said industry goliaths trip, the ground shakes for miles around. It’s not that mistakes and failure are things to be feared—in fact, if it happens in measured amounts, failure can be an important stepping stone to success. But modern businesses tend to make common mistakes over and over, indicating that many leadership and management teams learn nothing no matter how often they trip over the same point. Following are five of the biggest mistakes that today’s corporate brands make – and why it’s best to avoid stumbling over them.

Failure to create or communicate value: Businesses often conceive great ideas and great products—but then they pitch them to the completely wrong audience, or they don’t tell the existing audience why they need said product. In the ‘80s, for example, Coke brought out “New Coke,” and then failed to communicate why New Coke was a necessary upgrade over the old formula (the fact New Coke didn’t taste as good didn’t help the company’s case, either). When businesses innovate, they need to sell their new direction to the consumer. We had online retailers before Amazon, but Amazon made sure to tout their online shopping venue as safe, unified, and easy to navigate—exactly what shoppers wanted, even though they didn’t know it until that moment.

Inability to achieve or convey singularity: If the public perceives your idea or product as “more of the same,” it’s going to be very hard to get them to gravitate towards it. People are creatures of habit, and they tend to stick to the brands they know and like. If a business can’t “wow” people with enough force to nudge them out of their comfortable rut, then there’s less of a chance the product or idea they’re trying to sell will get the attention it needs to survive.

Asking for the ‘get’ without ‘giving’ first: Some businesses don’t realize that they’re essentially in a relationship, and in any healthy relationship, there’s give and get. Everybody that a business deals with is a potential customer, even if the sale isn’t immediate. That’s why businesses have to present something of value—and they need to value and respect customers’ time as well. If a business asks for a consumer’s time and offers nothing of value (like a helpful item or the solution to a problem) in return, then it’s wasted that consumer’s time – and comes at a steep cost.

When confronted with failure, they do more of the same, only more “efficiently:” When a business notices that people aren’t buying the latest idea or gadget, it usually just starts to yell louder. When that doesn’t work, it decides “We’re going to keep on making this product—but we’re just going to cut costs and do it cheaper. That way, we can squeeze more out of each one that comes down the assembly line.” The trouble is, doing more of the same thing isn’t what breaks you out of a rut. And while spending more on marketing can admittedly bring in more consumers, it’s very costly and inefficient.

Businesses tend to latch onto past successes, which makes some sense: after all, if an idea worked well in the past, it should work again. Unfortunately, what’s impressive today is old news by tomorrow. Companies need to learn from past mistakes to keep moving forward and innovating. That’s not to say past ideas that worked well should be abandoned entirely, but a business needs to constantly ask, “How can we improve this idea? What worked last time? What didn’t?”

Trying to please everyone instead of picking an audience, understanding it, listening to its feedback and attempting to blow its mind: With the Internet and social media, there’s more noise than ever, and everybody’s a critic—and that’s not a bad thing. Businesses just need to decide who they’re going to listen to, since it’s impossible to make everybody happy all the time. Businesses need to pick an audience, and it needs to understand that audience. They needs to listen closely to its problems, sympathize with its pain points, open dialogue with said group of individuals, and then offer specialized solutions that will blow that audience’s mind. After all, as the old moral states, if you try and please everyone, you may as well please no-one at all.