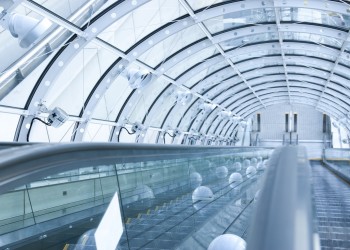 So much for science-fiction – from cloning to casual spaceflight, we already live in a world undreamt of by previous generations.

But don’t tell countless Baby Boomers, raised on visions of interstellar high-rises and chatty androids courtesy of pop culture staples such as Amazing Stories and The Jetsons. For these individuals, advances like iPhones and Roomba vaccums are scant consolation. With the year 2020 finally here, most can’t help but wonder: Where’s the glistening utopia and (more importantly) mind-boggling array of futuristic gadgets millions of starry-eyed children were once promised?

“Oh they’re out there… they’re just not on store shelves,” chuckles Daniel H. Wilson, author of the aptly-titled Where’s My Jetpack? “Our vision of what [these gizmos] look like is misinformed. Most come from the ‘50s and ‘60s – unsurprisingly, they’re a little outdated.”

The issue is twofold, he argues, explaining that nostalgia’s rose-colored optimism often takes a backseat to cost and rationality in the modern world. For example: X-ray goggles, a vision of the future Wilson calls “straight out of the back of comic books.” The technology exists, he asserts, albeit in unexpectedly mundane form, currently being utilized by airport security to scan passengers for guns and contraband.

Likewise, functioning jetpack technology dates back nearly 50 years. Engineer Wendell Moore’s Rocket Belt, funded by the US Army, was successfully test-flown in 1960. However, given the technology’s impractical nature, research was soon sidelined, with modern-day successors mostly employed as advertising gimmicks.

“There’s an ongoing clash between reality and our vision of the future,” explains Wilson. “And reality tends to be very practical and boring.”

Consider the flying car. Start-up Terrafugia’s Transition, a two-seater “roadable aircraft” with folding wings suitable for street and airborne use, first successfully conducted a maiden voyage in 2009. But while talk continues to evolve around the topic, primarily thanks to Uber’s plans to unveil flying taxis, mundane concerns may leave mass deployment of such solutions grounded for some time to come. Beyond practical worries, e.g. where to takeoff/park, there are also major health and safety implications.

“No responsible government would let citizens have access,” says Patrick Tucker, former spokesman for The World Future Society and senior editor of The Futurist magazine. “Look at how poorly people drive in two dimensions.”

“The technology is there,” agrees Paul Moller, head of Moller International, for whom 40 years of research led to development of the eight-engine-powered flying M400 Skycar and subsequent models. “Infrastructure is the issue.” As such, he sees the invention, best-suited to 100-500 mile jaunts, likelier to power a network of high-tech taxis than legion of driveway-ready aircraft.

Don’t forget financial considerations either. “Much is within our technical ability,” Tucker assures. “But there’s a serious cost issue.”

Witness the nanotech industry, devoted to controlling matter at the molecular level. Current real-world breakthroughs range from ultra-long-lasting lithium batteries to researchers at Purdue’s creation of a functional invisibility-cloaking device. But such advances frequently prove pricey, with the National Science Foundation already having pegged the field’s medical applications to be a trillion-dollar business as far back as five years ago.

Such modern marvels aside, according to Tucker, some innovations like extensive underwater colonies (sorry, SEALAB) and androids with human-level intelligence remain a pipe dream. But he predicts that advances in genetics and bionics may soon write a new chapter in human history. Potential applications range from employing cybernetic eye or ear implants to restore impaired senses to engineering strains of algae capable of solving America’s energy crisis. As little as 20-30 years out, he suggests, our children or grandchildren may even be scanned for congenital disease at the embryonic stage – and live to be 180 years old.

As for pop culture’s prevailing view of tomorrow’s high-tech wonders, Wilson says it’s time has largely passed. “We’ve already had much of the technology – including some, like Smell-o-vision, that was best abandoned – but we’ll never have the vision,” he laughs. “All the people tinkering in garages out there aren’t trying to build jetpacks; they’re trying to build a [realization] of the future that we’re already living in. We don’t need to keep chasing jetpack dreams. To these folks I say, ‘think of a new future, and build that instead, man.’