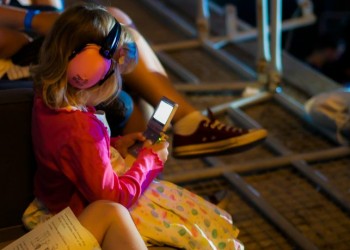 Today’s video game consoles such as the PlayStation 4, Xbox One, Xbox 360, PlayStation 3, Wii and Wii U all rely heavily on online elements as key features, allowing players to team up with others online; engage in text, voice or video chat; download digital music, movies, apps and games; pass virtual notes between friends; participate in massively multiplayer online virtual worlds (MMOs); and sample software demos, social networks and streaming media subscription services, among other potential uses. Popular handheld systems like the PlayStation Vita and the Nintendo 3DS also have built in online functionality that allows owners to stream and share multimedia, play online games, download apps, access social networks, and connect with one another across WiFi, high-speed wireless and broadband networks.

If you think this sounds like an awful lot of connectivity to manage, you’re right, as our bestselling book Parenting High-Tech Kids: The Ultimate Internet, Web, and Online Safety Guide notes. Luckily, learning more about these devices and how to best manage them doesn’t have to be a difficult process.

Also keep in mind: While owning such aforementioned gaming systems doesn’t mean having to connect them to the Internet, many are meant to serve as digital entertainment hubs and online access points as much as multiplayer-friendly options and virtual storefronts – as such, a great deal of value is derived from online elements. From downloading value-priced exclusive digital titles right from your couch to checking out the latest football game live on ESPN using voice commands, accessing online libraries of millions of songs, or competing head-to-head against other players while enjoying unfiltered and unmoderated voice chat, the connected options such systems offer are plentiful, and highly compelling. Today’s home video game systems offer families the chance to do much more than just play video games. With sample uses including connecting with friends to watch movies in shared company to enjoying live streaming programming or chatting and hanging out with people who share similar interests, each provides a vast gateway to a realm of high-tech entertainment experiences.

Thankfully for parents who may feel concerned and overwhelmed by the prospect, it’s worth recalling that millions worldwide enjoy positive and safe computing experiences when utilizing these devices every day. According to Doug Park, who specializes in gaming-related issues as Microsoft’s online safety director, negative interactions happen far less often than casual observers might think. Keeping kids safe on video game systems is simply a matter of staying on top of three key areas, he says, those being content, conduct and contact, i.e. what games kids are consuming, how they behave when playing them, and the individuals that players interact with. In addition to monitoring all content provided through their services, which must be approved for distribution via a submissions process, manufacturers such as Sony, Nintendo and Microsoft also provide built-in parental controls within their devices. These password-protected settings can allow you to restrict content by age, rating and subject matter, as well as limit Internet access, online purchases and high-tech communications.