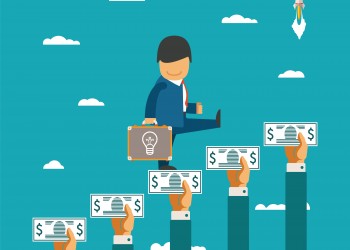 Take it from a veteran finance speaker and banking/business consultant: Raising funds online for new ventures – known as crowdfunding – has become increasingly popular, and it’s no surprise given their potential to be wildly successful. Given that this landscape is fast-changing and inundated by other hopefuls vying for attention and funding, it’s crucial that entrepreneurs and businesses understand the intricacies of the industry. We’ve turned to crowdfunding expert Jordan Weisman, head of Harebrained Schemes, for advice on the new set of rules you can follow to set your campaign up for success.

S: Why has crowdfunding struck such a successful chord with backers – what is it that makes the concept so compelling from the standpoint of someone who may not necessarily be a finance speaker or fundraising pro or even consider themselves an entrepreneur of sorts?

W: I think that most backers are interested in helping new and innovative creative projects come to life and appreciate getting exposed to “how the sausage is made.” Our experience is that the more we share of the creative development process (the things that go right and more importantly the things that go wrong or simply turned out differently than we expected), the more engaged the backers become with the project. Of course, some people are backing projects because of the discounts or elements only available to backers, but I don’t think that is the majority of people’s top reason for backing them.

S: What’s so appealing about crowdfunding from the perspective of a project creator? What does it allow you to do that you could never do in the past?

W: To a project creator there are many appealing aspects of crowdfunding: Access to funding, pre-market validation of your concept, an early adopter audience which can help spread the word about your project/product, etc. To us at HBS, one of the most important is the involvement of the audience during development which we think helps make the product better. In terms of what does crowdfunding permit that we could never do in the past – the answer is make really innovative or niche products which traditional forms of investment funding would never have provided funding for.

S: What are some of the upsides and challenges of going through the crowdfunding process?

W: There is no such thing as free money 🙂 Crowdfunding takes a lot of work and presents risk to both the project creator and backers. Project creators need to have done enough research to know the real minimum funding required – because if the audience reaches the minimum funding level, the project creator is at least morally and probably legally obligated to deliver the project. It is not uncommon for creators to have underestimated the actual costs of development, production, and most commonly fulfillment (shipping and handling) and end up in a very tough financial position even after a successful crowdfunding effort. For backers, of course, there is the risk that the creators will not succeed in delivering what they set out to do.

S: Who can be successful with crowdfunding? Do you have to be a proven expert, groundbreaking inventor, finance speaker, or someone with a wildly-original idea, or can anyone do this?

W: Even though crowdfunding is a little over four years old, the “rules” are far from written yet. That said, for larger scale projects what we’ve seen so far is that it really helps to come to the audience with a property that they already have an emotional or cognitive connection to, a creator team that has extensive experience, and of course a wildly original idea.

W: Successful crowdfunding campaigns have run the gamut from theatrical productions, music, films, board games, video games, tech inventions, and even a new way to make water balloons! In general, anything that connects with the audiences passions or curiosity has a chance of success.

W: I think that crowdfunding will have a permanent place in the spectrum of funding options for entrepreneurs, but I don’t think it is the future of philanthropy and investment because it is only applicable to certain scales of projects and those which can deliver tangible products for the backers. Like all open platforms, crowdfunding platforms have become extremely “noisy” places with thousands of new projects being posted every year – so it has become very difficult for creators to get their project noticed – and thus funded.

W: As mentioned above, really do your homework so you really know what it is going to take to develop and produce your concept. If possible, see if you can you connect your concept to something or someone who has an established audience.

Study successful and failed campaigns of similar projects looking for techniques that have worked well for your target audience and what reward tiers work the best, what kind of stretch goals worked the best, etc. Do careful research on the costs of creating, producing, and fulfilling your reward tiers to make sure that they are actually contributing to the budget of the project – this is one of the most common mistakes. The same applies to planning your stretch goals before you launch your campaign so that you understand the costs of each and thus not end up taking on more commitment than the funding level permits. Lastly, understand who your potential audience is and research where they live online so that you can promote your concept with these target audiences BEFORE your crowdfunding campaign goes live. This is important because the first 24 hours set the tone for the entire the campaign – so making sure a large audience shows up on day one is critical.

S: Is there anything most people don’t know about crowdfunding, but should?

W: I think many of the points above describe some of the challenges for project creators. The only one I would add that it is very common for creators to underestimate the amount of work it takes to provide good communications to your potential backers and backers not only during the crowdfunding campaign – but also throughout the project at a minimum, until you have delivered all of the commitments made to the backers during the campaign.

W: For project creators, the biggest downside is that if they are not careful they can end up with their obligations to their backers costing more than they raised via the crowdfunding campaign. This is also a risk to backers because it often

leads to creators not fulfilling their obligations. This is why it is so important for creators to present their experience in creating similar projects to establish credibility with the audience.

S: What would you tell anyone who’s thinking of going the crowdfunding route – basically, what should someone o the street know about this concept? Is it every bit as cool and amazing as they might imagine – and as amazing an opportunity as finance speakers say it is?

W: We are now finishing our third crowdfunding campaign and so far all three have been fantastic experiences of being able to work closely with our audience during the creation of games for them. The backers’ support has not just been financial, but it has also been emotional as they have shared with us their previous experience with the games we are creating and even supported us with bagels and pizza as we worked long hours to make the games the best we could for them.