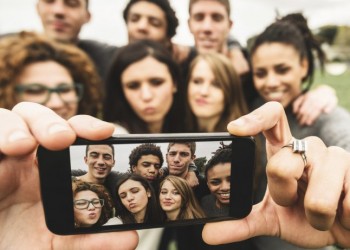 Millennials are digital natives, having grown up in a world of 24/7 online connectivity and social networks their entire lives: They think, act, and operate differently than any generation that has grown up before. But as we explain in our bestselling book, Millennial Marketing: Bridging the Generation Gap, gaining a better understanding of Millennials and youth culture doesn’t have to be difficult when you keep an open mind. To explain more about what it takes to bridge the gap between generations, we spoke with Maryleigh Bliss, trends editor and strategic consultant at youth market research firm Ypulse, a leading authority on Millennials, who reveals several helpful insights here.

Q: What does the term “Millennial” mean to you – and how would you explain it to the casual observer?

A: At Ypulse, we define the Millennial generation as those born between 1982 and 2004. So Millennials are young consumers roughly 11 to 33-years-old, which spans a lot of life stages. But those young consumers do have a lot of common core traits: They’re group-oriented, first generation digital, optimistic, cautious, and influential. They prize experiences over products, as well as innovation.

Q: What are some of the most important trends and happenings we’re seeing emerge amongst people who hail from this age group?

A: 75% of 13-32-year-olds agree “I get very frustrated by things that waste my time.”In our Ain’t Nobody Got Time For That trend, we delved into the shortening patience of Millennials and their increasing desire to outsource anything they deem a waste of effort. They expect tech to solve their problems and make everything move faster. This generation is driving change and looking for solutions to their everyday annoyances that save them effort, thought, and most importantly, time. This mentality has them looking to outsource everything they might not want to do, while disregarding brands and services that they deem too complicated or time consuming.

The era of Millennial parenting is about to begin. According to Ypulse’s research, 14% of the generation has already started families, and that number will grow rapidly as more gain independence and careen stability. Understanding how they’re approaching this role will be vital for brands who want to attract them—and like so many things, their take on parenthood is not the same as Boomers’.

Q: What are a few unexpected things people would never guess about members of this generation?

A: Because young consumers today are so attached to their mobile devices, many people looking from the outside assume that they are only interested in digital solutions and technology. It’s true that they are more comfortable with tech than previous generations might be, and the speed at which digital developments are made today is the norm for them. However, this is also the generation that has championed artisan products and DIY. They’ve helped to bring about a vinyl renaissance. As important a role as technology plays in their lives, thinking it takes up all of their lives is a mistake.

Q: How does this generation fundamentally differ from those which came before – and those that will follow after?

A: Millennials differ from previous generations in a lot of ways, but their redefinition of adult milestones might be making the biggest impact. Millennials are delaying marriage (66% of 18-34-year-olds have never been married), as well as buying houses. But they’re also more likely than previous generations to cohabitate before marriage, to put having a baby before walking down the aisle, and live with their parents while establishing their careers. There are economic and cultural shifts behind all of these changes, but some of them are decisions that Millennials are making because they have more choices and freedom than generations before them might have. And each of those decisions has implications on the world around them.

Q: How might Millennials be unexpectedly similar to other generations in ways casual observers might not expect?

A: Millennials are being compared to the Silent Generation, because they’ve come of age during a time of tremendous economic stress. They are showing signs that they’ve been impacted by the Great Recession in ways that echo the Silent Generation—long-term frugality and increased caution. But it’s sometimes overlooked that they have also had some similar experiences as Gen Xers, who graduated into a recession and also struggled to establish themselves as adults.

Q: How are Millennials changing the way we communicate and interact?

A: Young consumers’ mobile communication has absolutely influenced the way that other generations interact—text and chat has overtaken phone calls. Landlines are an antiquated idea. But Millennials are also in incredibly visual generation—and they’ve been a major force behind the increasing visualization of communication. Infographics, video, photo sharing, emoji. These are all examples of their tendency to express themselves via image, and their increasing preference for visuals over text.

Q: How is this generation changing the world? What kind of impact has it had on our society already?

A: After years of studying Millennials, we are entering their true age of influence. It is widely reported that the generation will reportedly outspend Boomers by 2017. There are currently more 25-year-old consumers in the U.S. than any other age. They now make up the vast majority of the vital 18-35-year-old demographic. Their generational characteristics and their tastes are beginning to impact culture in a broader way, and their spending is affecting more industries than ever before.

Disruption really should be the word of the year. This year, the focus was on industries being re-imagined and reworked—and the young consumers flocking to innovation and leaving tradition in the dust. The auto and housing industries have had Millennial consumers as the demographic to blame for their struggle for some time now (even Millennials with high incomes are more interested in spending money on experiences than purchasing the McMansions their parents did). But as the generation ages into their peak spending power years, their shifting tastes and behaviors are being blamed for threatening to kill off, or at least maim, plenty of other industries, brands, and products. We’ve reached the point where this generation isn’t just influencing other consumers and impacting a few industries—they have the power to truly bring businesses to their knees.

Q: What influences most shape Millennials today? What influences have shaped them in the past? How are they reshaping the rest of our attitudes and habits, and those of other generations?

A: The Recession was an undoubtedly big influence on who Millennials are today. Older Millennials weathered their first years of adulthood when the economy and job market crashed. Their plans and expectations took a hard hit, and younger Millennials witnessed it all and are more practical and pragmatic because of it.

Of course, they have been massively influenced by the social platforms that they have grown up with. Older Millennials were the first to use social media, and younger Millennials have no memory of a time before it existed. In a lot of ways, social media services like Instagram, Snapchat, and Twitter amplify behavior that young people have always displayed—a strong desire to be connected to and validated by their peers, the public construction of their own individual personalities—but social platforms are also impacting them, spawning trends, and affecting the way they view the world.

Q: What advice would you give businesses or brands hoping to more effectively engage Millennials?

A: We know marketing to Millennials and teens is not easy. Though they embrace brand interaction more than their Gen Xer predecessors, their marketing preferences are complicated. They spend more time than ever online and on mobile social platforms, but tend to ignore mobile in-app ads and online ads like banners and pre-roll videos. When we ask young consumers which type of advertising they usually ignore or avoid, 62% say online ads, like banner and video ads, and 68% say mobile in-app ads. Clearly brands have to work hard to engage with these picky consumers.

But there is a silver lining to the current state of youth marketing. There have never been so many ways to reach this group. It seems that a new space to communicate with Millennials and teens pops up every week. Digital marketing is getting more innovative, snapshot marketing (marketing on visual platforms) has become a must, and these days smart brands can co-create their futures with young consumers, who are more than happy to weigh in and give you their opinions.