How to Teach Kids About Social Networks 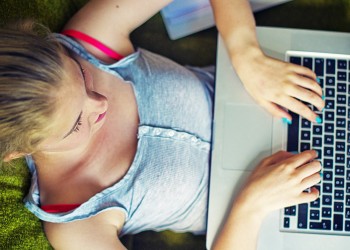 As social media speakers may remind you, a few years back, TRUSTe announced the results of a nationwide survey of both parents and their teens investigating their privacy habits and preferences on social networks. What they found was that, for the most part, “the kids are alright,” noting a majority of teens use privacy controls on social networks and that most parents actively monitor their teens’ privacy.  But there’s still room for improvement, with more than 2/3rds of teens admitting they had accepted a Facebook friend request from someone they didn’t know, and nearly 1 in 10 teens admitting to accepting all friend requests they receive, pointing to the need for more education around kids and social networks.

Unfortunately, examples of what NOT to do on social networks seem all too common, as social media speakers also know. Whether it’s posting inappropriate videos, an abundance of pictures with alcohol prominently involved, or generally distasteful updates, schools are keeping an eye on what students are doing, and disciplining those who act inappropriately. And there are also some potentially grave and dangerous consequences to misuse and abuse of social networks. Consider the case of Tyler Clementi, a homosexual teen who committed suicide after his roommate posted videos of his romantic encounters online for the world to see.

But don’t be unduly scared by these instances. Social networks are now an important part of children’s development. A 2011 clinical report from the American Academy of Pediatrics entitled “The Impact of Social Media on Children, Adolescents and Families” finds that a large part of this generation’s social and emotional development is occurring while using social networks. The report lists a number of benefits for kids from being connected, such as better engagement with friends, family and community; enhanced learning opportunities via collaboration; connections with like-minded teens; and enhancement of creativity. Tellingly, the study also found that 22 percent of teenagers log onto their favorite social media sites more than 10 times a day.

Naturally, kids need to be empowered to realize that they can shape their own image on these social networks, and use these services in positive ways.

Tell teens they don’t need to be afraid to connect with you. Remind them that you don’t want to interfere with or embarrass them, you just want to make sure they’re making good choices, just like in real life. And even though kids may want to “hide” things they’re posting from parents and teachers, the reality is that in today’s world once information is made available, it’s out there forever. So forcing kids to have a confirming thought of “do I want my mom to see this?” prior to anything they post actually isn’t a bad thing.

Although no one knows exactly what the future holds (even social media speakers), chances are kids will be applying to colleges after high school, and entering the workforce soon after that. In the future, those making life-changing decisions about your child’s future are sure to examine their social media profiles in addition to any other information they’ve made public. So remind kids that the things they post now can and likely will be used against them, even if it’s five or ten years down the line.