Motivational Speaker: How to Win with Crowdfunding 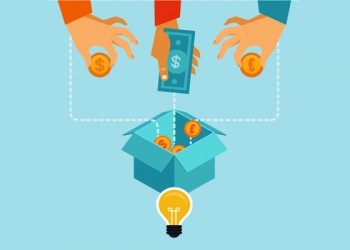 Like you’ll hear many motivational speakers say, the most promising new financial opportunity available to many businesses and entrepreneurs is crowdfunding – raising funds online for new projects or services. Given that 87% of successful crowdfunding campaigns surpass their monetary goals, it’s unsurprising that more people are getting involved. This fact means that more people are getting involved, and getting attention for your crowdfunding project is becoming increasingly challenging.

Bearing this in mind, what’s necessary to launch and run a successful campaign? Rather than simply offer motivational speakers’ take alone, we interviewed crowdfunding expert Andrew Sanderson to discover just that.

S: Just what is it about crowdfunding that makes it so exciting to an entirely new generation of campaign contributors and entrepreneurs?

S: Buyers can have a connection with the creator that they would not normally have. When buying from a retailer, customers are removed from the creative process, and the retailer is less likely to share where they bought the item. Backers of crowdfunding projects also have the satisfaction of knowing and sharing with friends that they have backed a great idea or project – they get that “I told you so” feeling when an idea becomes more well-known and they have their own story to tell about the creation and beginnings of a project. Some backers also feel very strongly about being involved in the process of shaping the idea to fit their needs and desires, and crowdfunding allows them to do that.

S: Why are project creators suddenly rushing to get involved in the industry in your opinion – the same reasons we often hear motivational speakers point out, or?

S: The one benefit over the traditional method the crowd gives is momentum. If done right, a creator can walk away from their campaign with hundreds or even thousands of potential customers for future projects, and that is invaluable to a new business. Then the best part is that the retailers find you! So, the crowd gives you all the results of the traditional methods, but without wasting the money and time contacting uninterested buyers and your own mailing list. That said, I still use the traditional methods of validating my designs. I make a small amount of samples and send them to prospective buyers and retailers and wait to hear if they are interested in placing an order. Before I started my crowdfunding campaign, I thought it was going to be a more economical way to validate my designs than sending samples out, but after completing the campaign I don’t believe it is any more economical to use the crowd to validate an idea than it is to send samples out. Once you have factored in the cost of at least one sample (if not more), video production, quality images and the time putting the crowdfunding campaign all together, it is often actually more than the sample costs.

S: What are some of the upsides and challenges of going through the crowdfunding process?

S: Depending on the type of crowdfunding a creator is seeking, they can keep complete control and ownership over their idea/business. This for some is a huge advantage, but maybe not for others who are seeking the extra involvement and support that an equity investor brings to the table. But even in those cases, the crowd is a great place to be. Imagine what the chances are of finding the perfect investor in the same town as you that is willing to invest at the level a creator is hopeful for? The wider the net, the more successful the search – and crowdfunding casts a worldwide net.

S: What kind of professional background do you need to be successful with crowdfunding?

S: You certainly don’t have to be an expert, but it can help to have a proven track record or at least a hint of success in the area your project is in. It is more important to be transparent and honest than it is to be qualified.

It is also really important to have a face for your campaign. As much as I hated being in front of the camera, I knew it had to be done to achieve the connection I wanted to have with each backer. Be clear about what stage your project is in and where you want to get it after funding. I did not execute my project perfectly, but I concentrated on showing my backers that I was genuine, sincere and that I would do my best to get them their pencil, no matter what the outcome.

S: What types of concepts and campaigns seem to be best suited to crowdfunding platforms – and why so, apart from the reasons motivational speakers often note?

S: Crowdfunding does a great job at getting the niches from all around the world, putting them in one place, and drawing attention to them. All the power is in the niche.

S: Crowdfunding is the perfect incubator for philanthropy. Anywhere you can get a large amount of people together to rally for one cause that builds its own momentum is very powerful. I hope crowdfunding is used more and more for philanthropy efforts over the years, but I also hope that it is used alongside great community events like fun runs and bike rides. Crowdfunding is the future of investment. It is already happening in the real estate industry and is becoming more common for both startups and established businesses. Once the laws have caught up, it will be the norm to crowdfund capital at all stages of a company’s life.

S: An overly successful campaign can be its downfall. It seems hard to believe that more orders can be the reason for a company or creator falling short on what they promised to deliver, but it does happen. I spent a long time calculating the cost of my mechanical pencil design so I could set the right price. At one point in my campaign I realized that there were not enough hours in the day for me to personally hand-finish, assemble, package, pick orders, label for shipment, and ship each one. And all of my calculations had been done considering me being the labor. The decision had to be made to either deliver late because I had to do it all myself or to outsource parts of the process at a cost that I had not anticipated.

S: The community of the crowdfunding platform you use is key to your success. It is important to be genuine. Be prepared to be responsive: Replying to questions quickly is seen as a sign that you are in control and reliable.

S: Is there anything most people don’t know about crowdfunding, but should (e.g. that it may be harder than it looks)?

S: Many crowdfunded projects seem like they are overnight successes. Make a video, take some pictures, press start, and watch the money roll in! It is not like that. It took me over 18 months to put together my project before I hit ‘start,’ and it has been 14+ hour workdays since it started. I am not complaining, but I even thought it was going to be easy before I did it. The end of the campaign means the start of the production, fulfillment, and customer service stages, so all in all it may take me close to two years to complete.

S: What are the possible catches/downsides to crowdfunding (i.e. people not knowing about possible tax implications, the fact that projects may not be completed, etc.)?

S: A big question for project creators and backers is import taxes and the implications of exporting goods. One day a creator is an independent artisan and as soon as they click ‘start’ on there campaign and someone orders from across the world, they are now an international exporter. That for some is a daunting realization. Backers may also be surprised to find out that they are responsible for paying the import tax for the item they ordered depending on the country they live in.

S: What would you tell anyone who’s thinking of going the crowdfunding route that they really should keep in mind as a follow-up to motivational speakers’ usual insights?

S: As a backer, if it looks like it is too good to be true, it is. If a project is promising a lot and only has a superimposed image or an early stage prototype, be wary of what they can deliver. Also, check out a project creator’s background, their profiles on social networks, and see if they have experience in what they are offering.

As a creator, the more time (not money) you can put into your project the better. Conveying to your prospective backers that you are checking the fine details and taking the time to explain things well gives them confidence in you. Not every aspect of your presentation has to be perfectly polished: In fact, some glimpses of you as a real person only helps people decide if they trust you with their hard-earned money or not. Creators should also be prepared to release a portion of their vision or idea. Not all of it – you will still ultimately control the direction of your campaign – but you will receive some harsh and brutally honest feedback that ultimately might actually be better than your original idea. Taking this feedback as a creator can be hard, and being thankful can be even harder.

S: Anything we haven’t discussed that you’d like to add, or that people should be aware of?

S: A project failing at crowdfunding is not a total fail. I have seen some great ideas that have failed at their crowdfunding attempt, but the have gone on to have great success with their creation. The biggest one is the Coolest Cooler. After a failed attempt to reach their funding goal their first time around, they came back with a slightly tweaked video and became one of the highest crowdfunded projects ever. Another campaign that failed to reach their funding goal, but went on to success is the Cookie Dunking Cup by Sam at Awkward Engineer Creations. Sam failed to reach his funding goal, but then his project was spotted by a supplier of other cookie dunking products and he agreed to a licensing deal not long after the “failed” crowdfunding campaign.

S: What is the future of crowdfunding?

S: As the novelty of crowdfunding wears o and it becomes widely accepted as a way to raise funds and equity, and with the ever-growing number of crowdfunding platforms out there (over 1,600 now, I think), I think whether a backer or creator will pick one platform over another will start to come down to reputation. These stats are not widely available, but it would be great to be able to see each platform’s numbers of campaigns, successfully funded, delivered on time, delivered and undelivered.

You can find in-depth information about succeeding in your next intrepid venture in Make Change for You, now available in paperback. To learn more about how to lead and succeed, or run successful crowdfunding campaigns from top motivational speakers, we also invite you to visit our website: www.AKeynoteSpeaker.com.