How to Keep Your Kids Healthy Online 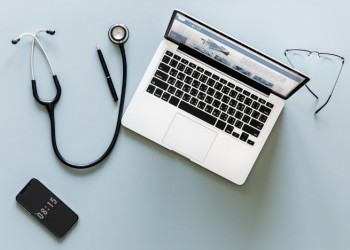 A recent National Health and Nutrition Survey found that obesity rates among youth have dramatically increased in the last 25 years, and many experts are pointing to time spent on the Internet and playing games as potential reasons. What’s more, there are other health issues that technology use is potentially contributing to as well, as we not in Parenting High-Tech Kids: The Ultimate Internet, Web, and Online Safety Guide.

Curiously, a study published by researchers from Harvard found that tablet PC users who situate these devices in their lap are putting extra strain on their necks, a condition some have termed “iPad neck.” Such issues accompany other tech-inspired maladies such as “iPhone thumb” or more traditional problems such as carpal tunnel syndrome, which can potentially be brought on by extended time at the keyboard.

One of the emerging causes of multiple problems in kids that has been identified by pediatricians and sleep clinics is the fatigue brought on by teens sending messages to friends in the middle of the night. Some children have been shown to stay up until the early morning hours sending text messages before waking up early for school, failing to get enough rest before departing. After an afternoon nap, these individuals are then ready to stay up late again texting until the wee hours. But such an unhealthy routine causes them to not only be tired and less mentally sharp, but also has an impact on the sleep cycle that causes weaknesses in their immune system which can lead to greater chance of becoming sick. According to the American Academy of Pediatrics, there is also a new phenomenon called “Facebook Depression,” prompted by the intense connections teens are making in the online world.

According to the AAP, social networks provide an easy way for teens to experience early developmental stages of separating from parents and finding peer acceptance. But doing so also opens them to marked emotional responses to negative encounters experienced online as well, such as when they’re de-friended, or feel that they’re not getting enough likes or comments for online activities.

That’s not to say that the simple act of going online or participating in communications or leisure activities over the Internet will have a negative impact on your child or household. In fact, it can often have the opposite effect, allowing children greater access to information, individuals and experiences which they’d never encounter otherwise. But it’s important not to simply dismiss health concerns outright either: Many valid issues bear further research and discussion, and may potentially intrude on your child’s day to day life. All bear considering, albeit in reasonable and open-minded fashion.

For more information on these topics, also be sure to see Parenting High-Tech Kids: The Ultimate Internet, Web, and Online Safety Guide.