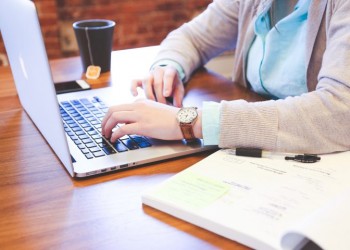 Just as technology has provided a number of ways for kids to connect and create online, it’s also being used by some wayward individuals to harass, embarrass and intimidate others. Welcome to the era of cyberbullying, where taunting and teasing can occur in many insidious forms online, and bullies, victims and scenarios play out in varied shades of gray. When researching for our book Parenting High-Tech Kids: The Ultimate Internet, Web, and Online Safety Guide, we came to the conclusion that a lot of parents still feel overwhelmed—and underprepared—on such topics. Our subsequent online series has included articles like Parenting Tech Guide: Comments, Newsgroups and Online Forums and Internet Safety for Kids: Essential Hints and Tips. And now we’ll address the pressing issue of cyberbullying, how to stop it, and how to keep your kids safe—and happy—online.

Even an act as simple as forwarding an embarrassing or unflattering picture to someone’s friends without their consent can prompt serious concerns, and the topic of cyberbullying has quickly come to full attention of school administrators, lawmakers, parents and more.

Put simply, cyberbullying is the use of high-tech devices, services and technologies to tease, degrade or put down others in a deliberate and hostile manner. It can range from seemingly very innocuous actions, such as spreading an untrue rumor about someone to friends, to potentially more serious actions such as mercilessly taunting them on social networks or online message boards. One need look no further than the tragic endings to the cases of teens Jamey Rodemeyer, Megan Meier, Tyler Clementi and Phoebe Prince to understand the very serious and real potential ramifications of cyberbullying. These tragic suicides underscore the point that online harassment cannot simply be ignored or dismissed.

But that also doesn’t mean that cyberbullying is the only cause that may lead to hostile, negative or extreme behavior on children’s part. Negative online activity is often a catalyst, trigger or accelerator for other underlying behavioral or psychological issues. However, it’s one that parents must absolutely be aware of and monitor, and understand the potential repercussions of. Symantec’s Marian Merritt cautions that cyberbullying is often used as a scapegoat in high-profile media cases in which there is a correlation, but not necessarily causation involved. For example, the tragic school shootings in Columbine were ultimately blamed on video game playing, but clearly a number of factors contributed. “It’s easy to point fingers for folks that want to find a magic bullet,” says Merritt.

Because of the broad range of acts that can be considered cyberbullying, estimates on its scope and lasting influence vary. But according to various sources, between a third and half of all kids online have been subjected to some sort of online harassment – eye-opening numbers. Recent research from Cyberbullying.us further shows that 20% of students experience cyberbullying in their lifetime. Merritt urges parents to take caution, but not overreact based on these statistics, though. “It’s important to remember that a study that says a fifth of kids have been threatened on some level also means that 80% have not reported [facing such encounters] at all,” she explains.“That’s good news, but again goes back to the issue of capturing attention with fear-based motivation.”

Nonetheless, you could rightly argue that 20% of students is still 20% too much. In hopes of addressing this issue, most major applications and services from companies like Facebook, Google, Yahoo! and more have taken strong stands against cyberbullying. Terms of use further prohibit the practice and can lead to guilty users being blocked, banned or removed. Facebook’s Family Safety Center actually offers tips for parents, educators, law enforcement officials and teens for dealing with issues like cyberbullying. Microsoft further a vast array of resources and tips to help keep your family safe online, as does Yahoo!, which offers a number of tips about the issue. However, with limited legal and health industry care still available to victims and their families, cyberbullying remains an area of paramount concern. Like actual incidences of cyberbullying themselves, and the methods for their delivery, policy, research and scientific studies continue to evolve here, and should be actively monitored by parents.

Being able to appropriately respond and deal with incidences of cyberbullying is extremely important, and the lessons here can easily be translated into real life. If your child experiences cyberbullying, one simple starting point may simply be to encourage them not to respond, as doing so can only provoke further actions. However, solutions are varied as actual situations and the individuals involved.

Note: Just as important as knowing what to do if your child is the victim of cyberbullying is for them to know how to react when they see others being cyberbullied. For starters, kids should know not to participate in the activity as that could only encourage further incidences of inappropriate behavior.  Additionally, children should learn to be compassionate toward the victims or targets, and encouraged to reach out to them with words of empathy and support. Steven Balkam from the Family Online Safety Institute (FOSI) further recommends that it’s a good idea to have a ready response should the cyberbully try to bring harassment into real life. His organization suggests teaching your children to say something like “My mom was working on the computer last night, maybe she saw it,” if anybody asks whether they witnessed the cyberbullying act.

Of primary concern here is to focus on the positive as you talk to your kids about cyberbullying. As Microsoft Research’s Danah Boyd and Alice Marwick recently wrote in The New York Times, kids aren’t necessarily equipped to view themselves as victims. The aim when addressing cyberbullying should be to work within teenagers’ cultural framework, and not portray them as oppressed.  Encourage empathy and focus on positive concepts like healthy relationships and digital citizenship rather than the negatively charged concept of bullying. The key is to help young people feel independently strong, confident, and capable without first requiring them to see themselves as either an oppressed person or an oppressor.

Monitoring software, such as that discussed earlier, can also provide parents with warning signs about cyberbullying, such as a marked change in browsing habits. You must first establish a baseline for what’s considered normal in terms of computing habits, and then monitor for big changes or warning signs.   Examples of solutions here include MobileSpy, MobileMonitor and NetNanny. Programs like McAfee Mobile Security also have the ability to lock devices and wipe content remotely.  Losing smartphones is a common way that kids first become bullied. So installing one of these programs may also offer a level of protection that helps prevent kids from being susceptible to cyberbullying should their phone fall into the wrong hands.

For more information about how to navigate technology with your kids, check out the other sections in our Modern Parenting online series, an important look at what families need to know in our hyper-connected era:

And for a comprehensive understanding of the topic, make sure to get our book, Parenting High-Tech Kids: The Ultimate Internet, Web, and Online Safety Guide.