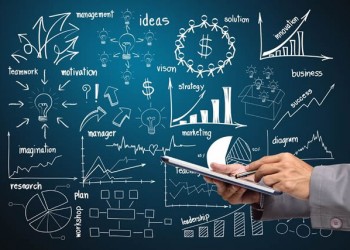 Like any good keynote speaker on generations of all kinds – including Gen Y (Millennials), Gen Z, Baby Boomers, Silents, and more – can tell you, every generation has positively impacted our society and changed the ways in which we relate to one another, often for the better.  Finding common ground and relating to one another is key to moving forward successfully. To better understand the members of the Boomer Generation, we spoke to Lori Bitter, publisher of GRAND and author of the upcoming book The Grandparent Economy, about effective ways to connect.

S: What constitutes a Baby Boomer in your mind? And what notable characteristics, behaviors, and perspectives most define this generation from your standpoint, as well as the standpoint of other generations keynote speakers and experts?

B: Baby Boomers are the generational cohort born post-war, into years of relative prosperity in the U.S. Typically, the generation is defined as those born from 1946-1964. In our practice, we have divided this huge demographic cohort into three distinct segments: The leading edge boomers, the middle boomers, and the trailing boomers. These distinctions are fundamental because the social, political, economic and cultural influences have varied greatly during those 18 years. For example, politically leading boomers were heavily influenced by the civil rights movement and Vietnam, while trailing boomers were influenced by the hostage crisis and the Reagan administration. Culturally, it’s the difference between the moon walk and the space shuttle.

S: What are some of the most important trends and happenings we’re seeing emerge amongst people who hail from this age group?

B: The boomers are really squeezed right now by the needs of their young adult children and those of their aging parents. The so-called “Sandwich Generation” is providing care and money at both ends of the spectrum, putting their own retirement and long-term care in jeopardy.

Boomers are also grandparents! By 2020, one in three American adults will be a grandparent. Boomer grandparents are young, active and spending on their grandchildren in unprecedented ways since the recession. While there is still the expectation that grandparents will contribute to the “big ticket” purchases like cars, technology and education, research also indicates they are paying for clothing, food, and other daily essentials for their grandchildren. One in ten children is being raised in a grandparent-led household.

Multi-generational living is at its highest point since the 1940s. It has seen a steady increase since the start of the recession. The major difference from pre-war multi-generational living is that today, older adults are supporting multiple generations of family members. Boomers are changing the idea of work and retirement in later life. Many say they have no plans to retire. Others say they will leave their current job to pursue something new. This accounts for record levels of entrepreneurship among people over 50.

S: Tell me a few unexpected things people would never guess about members of this generation – even things keynote speakers on generations of all kinds might not expect.

B: They aren’t aging more healthily than previous generations of older adults; in fact, the rates of chronic conditions and illnesses are almost equal to previous generations of older adults. In many surveys, older seniors report more healthy activity and exercise than Baby Boomers. This is often attributed to the fact that older seniors (a.k.a.Traditionalists) are no longer working and have the time to focus on their health and wellness.

Drug and alcohol use is high among this generation, and in many states they are leading the charge for the legalization of marijuana for recreational use. The Wall Street Journal recently reported that accidental overdose rates have risen sharply as this generation ages. Drug arrests for older adults are also on the rise.

Boomers are also embracing digital technology, but they just use it in different ways than younger generations. Many marketers don’t understand that members of this generation were the digital pioneers, paving the way for our digital natives. Plus, they have the money to upgrade computers and purchase tablets, smart phones and wearables.

S: How does this generation fundamentally differ from those which came before – and those which have followed since?

B: Though they were raised by depression-era elders, boomers were born into prosperity. Generationally they have been spenders rather than savers.

They have grown up consuming media on screens, starting with the first color television programming. They are voracious consumers of all types of media.

They are politically jaded when compared to the patriotism of their elders. From the assassinations of JFK and Martin Luther King to Watergate to the many political scandals, Boomers don’t hold leaders in as high esteem as previous generations have.

They do not plan to “retire” in the traditional sense as previous generations of older adults.

Boomers are also the most diverse population of older adults we have ever had and those racial and ethnic influences are being absorbed into the mainstream.

But despite the many changing cultural influences and attitudes they’ve experienced over the years,] Boomers were born in an era of prosperity and optimism in the US, and this optimism is pervasive.

S: How might Baby Boomers be unexpectedly similar to other generations in ways casual observers might not expect?

B: Boomers embrace family and close relationships in their later years just as previous generations do, as opposed to the “self centered” and individualistic labels that are frequently imposed on the entire generation.

While the majority will live longer than previous generations of older people, they won’t necessarily be healthier in old age as well.

S: How has this generation changed the world, and what kind of impact has it had on our society?

S: How have Boomers changed as they’ve aged over time (e.g. are they become more/less liberal, more likely to look at careers as fluid vs. fixed, etc.)?

B: It is more correct to say that people change as they age. As adults age they become more centered in their sense of self. They move away from the possession/acquisition phase of life to their “being” stage. They let go of regrets, have resolve over internal conflicts, and experience life as it is. This is typically a time for greater connectedness to family and friends and desire for inner growth and reflection.

S: As boomers move into later stages of life, how are they redefining the concepts of retirement and old age?

B: They aren’t retiring. They have a desire to work as long as possible, but maybe in a different way or at a different job. They want to age with purpose and vitality.

S: What are some of the best and most effective ways to connect with and speak to members of this generation from a generations keynote speaker and expert’s standpoint?

B: Speak to their values and not their generation. The generation is huge and can’t be communicated to as a single target. Do the research to understand who your target consumer is, what they do and how they respond to media. The world of marketing is so metric driven that it is increasingly easier to do. They currently dominate 119 of 123 consumer product categories, so don’t think their spending has slowed because they are over 50.

S: How have Baby Boomers’ daily, social and professional habits changed over the years – and what would those hoping to communicate with them do well to know about these shifts?

B: Older adults undergo a number of compelling life stage changes from their 40s to their 60s. They actually experience more life stages in those years than in their 20s and 30s. Shifts in life stages – like caregiving, grandparenting, remarriage – create consumer moments. Consumers find themselves considering product categories and brands that were not previously in their consideration set. They create new narratives and paths to purchase because their life stage has shifted. To communicate, you have to see the markers of the life stage shift and have an understanding of the nuances of the life stage so that they feel understood before they are “sold.”

S: What advice would you give businesses or brands hoping to more effectively engage Baby Boomers?

B: There are more than 100 million older adults in the US and nearly 80 million of them are Baby Boomers. Do the research to find those segments of the generation that are most profitable for you and use that data to create some nuanced insights and communications. Digital media is NOT the message. Older consumers require smart messaging that speaks to their evolving sense of themselves and their needs. Digital campaigns have taken us away from telling great brand stories that appeal to older adults. Remember this is THE television generation. And finally, frequently the influencer, the purchaser and the end-user are very different people, often from different generational cohorts. They each require a relevant brand message to make a sale.

S: More and more boomers are moving online for their news, information, shopping, etc.: What’s the best way to capture their attention and interact with them these days?

B: Seniors are moving online. Boomers ARE online and consuming content, shopping, and researching just like younger consumers. Mobile adoption is still catching up. What is different is that boomers have not abandoned traditional media completely. They still read papers, magazines, listen to the radio and watch television. The most effective campaigns use a variety of media to drive consumers to online solutions for purchasing or more information. User experience has never been more important as older adults simply abandon sites that aren’t friendly and intuitive.

S: What does success look like for today’s Baby Boomer in your opinion, and what’s driving them as they go about making decisions in business and life? Is it a desire to enjoy the better things in life? Have better work-life balance?

B: Work-life balance is a construct and expectation of younger generations, though Boomers aspire to be more balanced. The idea of leisure is very different for Boomers. While it was the goal of previous generations of older adults, for Boomers it is a reward for hard work, then they go back to work. Older Boomers, in particular, think about legacy and what they want to leave their families with. Unlike previous generations of older adults, it will probably not be money or real estate. They are choosing to do things for and with their families now, creating memories and shared experiences. The majority of Boomer grandparents say they want their legacy to be providing for their families in tough times, and to have taught their families to make a positive difference in the life of others.