Facebook for Teens: What to Know About Social Networking 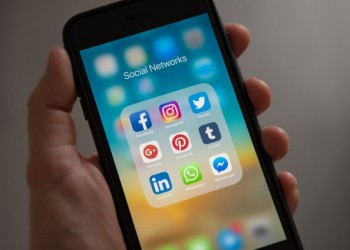 Facebook is ubiquitous—but should it be considered a must-have for all teens? On the heels of our recent bestselling book Parenting High-Tech Kids: The Ultimate Internet, Web, and Online Safety Guide, we spoke with Judi Warren, a leading parenting and technology expert at Web Wise Kids. Here, she weighs in on whether Facebook access should be a given for teens and what parents need to know:

“In February 2012, a much-shared video showed what a tech-savvy, gun-toting father could do as punishment for his child posting inappropriate and disrespectful material on Facebook. Tommy Jordan created an eight-minute YouTube video detailing his daughter’s transgressions, and concluded it by literally shooting her laptop computer. After he posted the clip to Facebook, it quickly went viral and caused many parents to discuss the issue with their kids about what’s appropriate to share via social networks and what’s taboo.

The positive side of the incident is that it got many parents talking about the issues of teens’ rights to register for Facebook, the material that they should be sharing, and also appropriate consequences for negative actions. Marian Merritt, Symantec’s Internet Safety Advocate, agrees that this was a great test for parental views about how to handle teens and technology. Ultimately, she says, Jordan “lost his cool and damaged property” which is inappropriate behavior by parents under any circumstances. But his actions also provide an interesting case study, because a majority of those offering opinions on the issue via the Internet seemed to side with him – wild rampage or otherwise.

The somewhat scary thing to note about the transgression (apart from Jordan shooting the computer) is the way he found out about what his daughter posted. She had set up the post to only go to friends and not be visible to family, but she forgot to exclude the silly account the family had set up for their dog, and Jordan was able to read the posting when he logged in as his pet to make a funny comment on a different picture. High-profile stunts such as this will always be part and parcel with Internet culture, and as parents, provide pressing opportunities to bring Internet safety issues and discussions to the kitchen table. While they are not to be celebrated in any circumstance, they do provide topical reasons to bring up, address, and revisit common safety topics with your family, and how they would deal with similar instances.”

If you want more tips on parenting in the modern era, also be sure to see Parenting High-Tech Kids: The Ultimate Internet, Web, and Online Safety Guide.