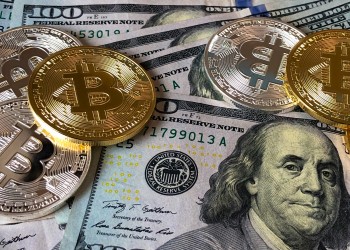 Long before Bitcoin and Ethereum were household names, cryptocurrency exchange Coinbase – a website and iPhone/Android app where investors can buy, sell, and price dozens of cryptocurrency variants – was already making cash registers ring worldwide. Founded in 2012, today the service functions like a virtual stock brokerage for 56+ million crypto traders.

But despite the company’s skyrocketing popularity, and ability to attract $150,000 from Silicon Valley Y Combinator early on; raise over $500 million from leading venture capital firms Andreesen Horowitz and Union Square Ventures; and even receive investment funding from The New York Stock Exchange itself, reasons for its recent watershed $86 billion valuation are manifold. Moreover, according to experts, they extend far beyond the company’s burgeoning profitability, secure transactions, and willingness to cooperate with financial regulators to also include factors like its far-reaching vision and business model adaptability, as well as cryptocurrency’s soaring mainstream awareness.

Ever the innovator, Coinbase recently went public on April 14, 2021 via direct listing (a transaction wherein no new shares are issued or sold, but rather simply begin trading) – the largest firm to yet do so. While shares opened at $381 and spiked as high as $429.54, they’ve since dropped considerably. However, analysts say a company rebound may be in the cards in the long term: Reasons they cite include lack of competitors, the company’s escalating uptake in a rapidly-expanding market that is poised for open-ended growth, and its first-mover advantage, which could be parlayed into other fields such as institutional investment. In other words, despite the topsy-turvy nature of Bitcoin, Litecoin, and other crypto holdings, Coinbase – which currently makes 96% of its revenues from transaction fees – not only sits at the forefront of the fast-growing fintech boom. Its growingly mature and robust platform, which plays host to an ever-expanding wealth of user and transaction data (and provides steadily-compounding ability to mine vital market insights), also provides promising avenues for future expansion. “Coinbase stands to benefit greatly from ballooning interest in the space from all sides,” says one analyst we spoke with. “It’s also sitting on a potential goldmine not just in terms of actual cryptocurrency, but also the wealth of data and information that concerns the buying and selling of virtual assets.”

Therein lies perhaps the ultimate secret to Coinbase’s success: The company’s ability to make new technology more approachable and deliver winning customer experiences, coupled with an ever-evolving technology platform that provides growing access to business insights and intelligence. To put things in perspective: To date, 46 million Americans own at least a share of Bitcoin – but that figure currently represents just one of dozens of popular and emerging cryptocurrencies, and just 17% of the adult population. Incredibly, more than one in three cryptocurrency investors likewise know little to nothing about these virtual currencies, CNBC reports, even as more new investors are drawn to cryptocurrency with each passing day. The first port of call for many retail investors, casual trading accounts for over 80% of Coinbase’s revenue – and the firm will no doubt benefit from an ongoing influx of attention and awareness in coming months.

However, although the most popular crypto exchange in America by far, critics note cryptocurrency’s whipsawing valuations, growing volatility, and that there are other ways to invest in the medium, with 40% of Coinbase users also trading on PayPal or Square’s Cash app. As a result, Coinbase’s fees and overall industry pricing may face pressure to come down (a recent survey by Mizuho notes that fees are the second-most important factor users consider in a trading platform, after security). Still, Coinbase continues to steadily refine its product offering as time passes, allowing users to transfer cryptocurrencies between differing virtual coins, earn interest on these investments, and even recently introducing a Visa debit card program. The company has also embraced projects like Coinbase Ventures, an early-stage venture capital fund aimed at expanding the firm’s capabilities and resources by investing in blockchain and cryptocurrency firms up and down the industry value chain. As a result, Coinbase’s impact and influence has rapidly expanded far beyond the general democratization of crypto trading. Like any successful investor with a forward-looking focus, it has also purposefully diversified its portfolio to expand its capabilities, hedge against impending uncertainty, and grow its overall market impact. Future-focused ventures the firm now has its hand in include myriad technology-based solutions for everything from cryptocurrency tracking and maintaining tax compliance to facilitating decentralized financial contracts and the borrowing of cryptocurrencies using real world assets. Still, at least for now, its first value proposition – the ability to make crypto trading accessible to any and all individuals – remains its most profitable and pronounced.

“Getting into cryptocurrencies can be very challenging and complex for newcomers,” explains one cryptocurrency expert. “Coinbase changes all this. While its customer service isn’t perfect, its app is incredibly easy to use and its hosted wallet service takes away the fear of losing access to funds permanently.” And that, as they say, is virtual money in the bank.