What You Need to Know About Crowdfunding 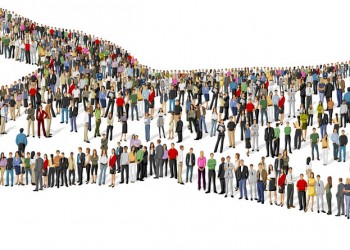 Take it from a crowdfunding expert and business keynote speaker: As you know by know, crowdfunding – raising funds online for a business venture or project – can be a wildly exciting, yet extremely difficult enterprise to succeed at. It’s a quickly changing, rapidly expanding market that is attracting attention: with 87% of successful campaigns exceeding their goals, it’s no wonder. Where’s an intrepid entrepreneur to turn to learn about what it takes to be successful in crowdfunding endeavors? To give us more information on the unique challenges and opportunities presented by this new sourcing method, we interviewed Founder an CEO of RocketHub, Brian Meece.

S: What is the appeal of crowdfunding to everyday users – even if you’re not a crowdfunding expert to begin with?

M: Crowdfunding gives communities the ability to directly bring an idea to life – no matter how big, small, wacky, or serious. At its heart, the movement is about people connecting at a deeper level than a simple single transaction. I like to think of crowdfunding as the new “like” button, since it is immeasurably more valuable than just a click of approval. Funding is where the real “rubber meets the road.” This phenomena of bringing new things into the marketplace through a “bottom-up” community-driven model is a game-changer; and, for some, a welcomed shift from the “top-down” model that has been the dominant force of the modern commercial age.

S: What does it allow them to do (participate in the birth of new projects, make a personal stamp on something new and creative, etc.) that they never could before?

M: Crowdfunding exemplifies the notion of consuming local, authentic, transparent, and story driven-products. The crowd has a direct impact on whether or not a project is successful, and it often allows the opportunity to interact with the visionaries during the creative process. Think of the model as “high-tech meets high touch” – and funders make their choices based on merit, and can pick where they want be on the spectrum.

S: Why has crowdfunding struck such a successful chord with backers – what is it that makes the concept so compelling?

M: It has to do with building actual relationships and creating an “attachment” to the story of how a product was made. Each funder remarkably becomes an integral part of the narrative that an emerging entrepreneur is telling. I’ve even had our community tell me they “watch” new companies now the way they “root” for their favorite sports teams! These funders feel that they are part of a special tribe and often have high emotional stakes at play.

S: On the flip side, what’s so appealing about crowdfunding from the perspective of a project creator?

M: In the past, many entrepreneurs needed to have relationships with banks, venture capitalists, or angel investors to ramp up their endeavors. With crowdfunding, the “raving-fan customer” is becoming the bank. Online crowdfunding democratizes the access to capital in a major way by breaking down regional and social barriers. Plus, capital formation via crowdfunding is at a relatively low cost. Entrepreneurs in their early stages can fundraise with “perks” instead of debt or equity transactions, which can be significantly more costly and time intensive.

S: What are some of the upsides and challenges of going through the crowdfunding process? Why would someone choose it over trying to go the traditional investment or venture capital route from a crowdfunding expert’s perspective?

M: Crowdfunding works best for “seed-stage” funding (under $250K) and can be more efficient than debt or equity. A successful crowdfunding campaign can also be a validator leading to a bigger capital raise. It is not uncommon for triumphant crowdfunding campaigns to have angel investors or venture capitalists wanting to participate on subsequent funding rounds, since the early market has been tested and proven. Furthermore, by leveraging funders with a “pre-order” event, a new product can be launched without a capital-infused production process. With the old model, a company would produce the product, market the product, then sell the product. Now a new startup can market the product, sell the product, then produce and deliver it.

S: What does it take to be a successful crowdfunding campaign creator?

M: People who are successful with crowdfunding understand the importance of communication framework and promo power. They often have strong “social capital” – which incorporates leadership, an online reach, high trust, and an aspirational quality. Successful crowdfunders treat their campaign as a “live event” and build the buzz organically through online word of mouth while opening online dialogues with their funders and followers.

M: Dynamic products driven by authentic stories of the founders tend to work best for crowdfunding. Often these quirky products with heartfelt stories cut through the “clutter of online noise” we see on a daily basis. By changing the emotional state of the funder, these entrepreneurs are able to capture attention quickly and get them to the “funding button.” People share things online that give them meaningful state changes. Since sharing is a big part of the crowdfunding dynamic, emotionally-charged campaigns can be particularly powerful.

S: Is crowdfunding the future of philanthropy and investment?

M: Crowdfunding is already having a meaningful impact on both philanthropy and investment. The movement has gone from a fringe activity for artists to a $5 billion market over the last five years. Obviously, the Millennial generation and younger “digital natives” have a strong connection to the Internet. So as they age, their patterns will follow social rituals forming around the current crowdfunding boom.

S: Where would you say the crowdfunding field sits as a whole? Where has it been in past years, and where does it go from here?

M: The crowdfunding market is still penetrating the mainstream, and the “tipping point” is about to happen. Once it does, we’ll see more sites that look and feel like modern crowdfunding platforms. For example, we’re implementing “behind the scenes” projects with Fortune 500 companies looking to leverage social funding as a discovery experience for their customers. Other large groups see crowdfunding campaigns as “digital incubators” for new ideas that can be plugged into their existing traditional resources.

S: What are the latest trends in crowdfunding?

M: The fastest growing vertical on RocketHub is the start-up entrepreneurs who are looking to take their ideas and build them into real businesses. This up-trend dovetails with the maker-movement, the co-working movement, and the overall sense of impact and freedom that comes from launching your own venture. The JOBS Act (enabling you to invest through crowdfunding) also holds much promise for new startups looking to leverage the crowd for capital.

S: What should everyone know about crowdfunding, despite what they might see on TV?

M: Despite what the headlines show, crowdfunding platforms are not “free money trees.” We teach our community that “crowdfunding is work.” That said, it is “smart work”, since it focuses the entrepreneur on communicating well, and promoting effectively; but it takes a real commitment to fundraise online. Also, we get consistent feedback that the “awareness effect” of a crowdfunding campaign can be just as important, if not more than, the funding component.

M: Tell a fantastic story, be yourself, and showcase “why” your product matters. Study the game by reviewing other campaigns, and read up on “how-to” materials. Once you’re ready, put your best efforts into the communication, then commit to the promo process.

S: As a crowdfunding expert, is there anything most people don’t know about crowdfunding, but should?

M: Most entrepreneurs don’t realize just what an emotional roller coaster crowdfunding can be. They are also usually surprised at who funds, at what amount, as well as who does not fund. There will be surprises (both positive and negative) in terms of feedback and funding. The process often galvanizes and builds a community-base of customers who care dearly about the product they helped launch.

M: While small overall, there are downsides to launching a crowdfunding campaign. The first one is being a campaign that fails to raise funds. There can be an array of reasons for this, but often a lack of traction can help one pivot, or go down another path, early in the start-up cycle. Other risks include production delays and tax implications, so be sure to have a good grip on the supply side of the business, and work with an accountant that is familiar with the crowdfunding landscape and your business.

For funders, production delays can happen as well – this is usually smoothed out by open communication between the entrepreneur and funders. Again, the dynamic is different from simply buying something in a store.

S: What would you tell anyone who’s thinking of going into crowdfunding?

M: If someone is a new funder, I’d say test the waters with a project that resonates with you. Fund it with a small amount of money that you don’t mind letting go of.

For someone looking to launch a campaign – crowdfunding is a lot like life. The more you study and work at it, the better your performance will be. In a nut-shell “what you put in, you will get out.”

S: Anything we haven’t discussed that you’d like to add, people should be aware of?

M: RocketHub’s founders, along with its crowdfunding community, are the subject of a documentary called Project Startup, airing later this year on A&E Networks. The piece is being produced by Dr. Libby O’Connell – Emmy Award Winner, Chief Historian of The History Channel, and SVP Corporate Social Responsibility.