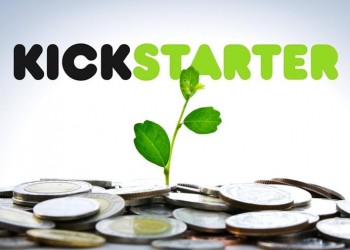 As a result of recent successful multimillion-dollar online fundraising campaigns for products such as the Ouya, Pebble E-Paper Watch and Amanda Palmer’s Theater is Evil album/tour, which have captivated audiences worldwide, crowdfunding is quickly becoming a business staple. Hailed by many entrepreneurs as a better alternative to venture capital or angel investment, interest has also been piqued by the recent passage of the JOBS Act, which legalizes the crowdfunding of limited equity transactions.

In essence, crowdfunding is a disruptive process that empowers creators and inventors to showcase projects publicly in the form of text descriptions and video pitches, and to solicit everyday Internet users in hopes of raising donations. Hosted on online websites and services such as Kickstarter and IndieGogo, which function as showrooms, the public can then vote with their wallets by submitting cash donations to projects they’d like to see succeed.

The model isn’t just meaningful because it bypasses standardized investment routes such as VC firms or angel investors, from whom entrepreneurs and startups typically seek the money needed to recognize their vision. Similar to other disruptive high-tech financial models, such as those innovated by eBay and Amazon, crowdfunding represents a paradigm shift that challenges the status quo, encourages change, and facilitates the growth of new ideas. Moreover, it also takes the power to bring great ideas to life out of the hands of the powerful, wealthy and influential few, and lets the general public decide which projects deserve to come to fruition – not distant tastemakers. Looked at another way, it allows projects of all kinds a chance to succeed, even when the pure profit motive is not the driving force. This is both exciting and empowering, as it means that deserving concepts, businesses and products that might otherwise have gone ignored or stagnated in a wealthy investors’ inbox can suddenly fulfill their potential.

Why Does it Matter?

At a base level, crowdfunding is both democratic and Darwinian. Everyday Internet users can browse what’s essentially a catalogue of new concepts and ideas and vote winning picks to market in the form of preorders or donations, while project creators vie for attention and cash. Some ideas succeed. Some don’t. And while the reasons for triumphs and failures can be as vast and manifold as there are original pitches, crowdfunding campaigns create lasting value with each passing effort. Besides helping draw attention, dollars and interest to a multitude of creative projects, through the exposure granted by crowd-funded initiatives creators gain knowledge and information to help them better right-size and target audiences, mitigate financial risks, and draw public and media attention to new products, projects and businesses from day one.

Likewise, crowdfunding puts the power to bring ideas to life into the hands of the general public, who can even give rise to projects and products that deserve a shot at stardom, but aren’t meant to be money-making enterprises. The process can also provide a better sense of public opinion and what everyday shoppers want – impressions that don’t always align with major corporations and organizations’current portfolio or product offerings(including both private and public providers of creative work). Crowd-funded projects can range in size from local community projects like record shops, art exhibits, skate parks, parades and small events to large-scale undertakings such as the development of new books, films, apps, video games, TV shows and software products. Several high-profile and well-publicized projects have recently brought attention to the field, with The New York Times estimating that 50,000 projects have raised over $207 million in the last three years on Kickstarter alone. The site, anticipated to exceed $250 to $300 million in funding in 2012 (crowdfunding as a whole was expected to have doubled to $2.8 billion in size in 2012), has already generated eight-figure sums for a growing number of categories including film, music, design, publishing and technology.

The Benefits of Crowdfunding

Crowdfunding serves several purposes which benefit both creators and fans alike, such as:

From a campaign maker’s standpoint, the single most important benefit of crowdfunding is that it leads to far greater diversity in the creative space. Case in point: With over $20 million dollars raised for gaming projects on Kickstarter thus far alone, and many of the biggest successes coming from supposedly “dead” genres and well-respected, but previously long-retired designers, crowdfunding isn’t just resurrecting dormant brands and creators. It’s also returning the power to create works of art and brilliance to the garage experimenters and tinkerers, who otherwise lack the resources to realize them – visionaries much like those who defined many now mainstream industries’ early cottage years. The advent of crowdfunding will continue to play a significant role in helping encourage that explosion of creativity, while also allowing many projects that would not receive traditional funding support – whether due to offbeat topics or seemingly hard to commercialize approaches – to succeed.

A powerful resource for creative individuals in any field – be they filmmakers, artists, inventors, entrepreneurs, merchants, software programmers or even everyday Internet users – crowdfunding suddenly allows anyone to succeed. While the practice isn’t for all individuals or businesses, and isn’t as simple as it may seem in the headlines, for those with the vision, energy, skills and determination to pull a successful crowdfunding effort off, it may literally help bring dreams to life. And looking past the individual success, the chief beneficiaries of this creative explosion? All of us.

With businesses soon able to able raise up to $1 million online through the sale of equity ownership, wondering how to get your own startup, project or campaign funded? Following, you’ll find a recent keynote speech we gave which reveals just what crowdfunding means to enterprises of every size, including small businesses, and expert hints, tips and tricks for creating killer campaigns. For more, you can also check out recent book The Crowdfunding Bible, which is 100% free to download online.