AI Experts: What’s Next for Artificial Intelligence and Machine Learning? 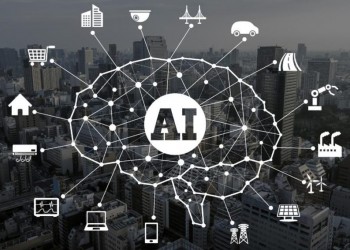 It’s a common question that AI experts and machine learning consultants are often asked: What do you think are going to be the biggest drivers of technological change over the next decade?

Just a few sample items here that they might suggest might include topics like: Artificial Intelligence (AI), Machine Learning (ML), Gene Editing, Blockchain-Based Solutions, and the Growing Push for More Cybersecurity, Data Privacy, and Digital Transformation. Although if pressed, AI experts and consultants might also admit that a big issue that business, government, and legal industry leaders face as a result is the sheer scale and speed at which we’re advancing – even as we’re still moving at a crawl trying to keep up.

Noting this, what might AI expert consulting pros say are some likely consequences of the rise of AI that people aren’t thinking about yet? One item could be that AI is only as capable and as fallible as its creators. And that it’s also frequently subject to similar unconscious bias. Also, AI doesn’t just immediately spring to life fully aware and versed in how to operate in real-world scenarios. Rather, it has to be trained with examples – and no matter much information you feed it, just like humans, it can’t necessarily account for every single variable. As we’ve seen in the finance and insurance spaces, because it’s trained with historical data, this data can often leave it predisposed to certain problems, inequalities, and issues.

Artificial intelligence consulting experts might further point out that AI is also quickly becoming powerful enough to write its own AI routines, which can create a multiplier effect that magnifies any challenges here. Moreover, because it can, say, spot patterns and concerns by reviewing millions of records faster than any doctor or insurance adjuster could, we’re increasingly trusting it with more sensitive tasks. But like any piece of computer software, it can also contain glitches and loopholes – and be subject to hackers, data thieves, and outside infiltration or influence.